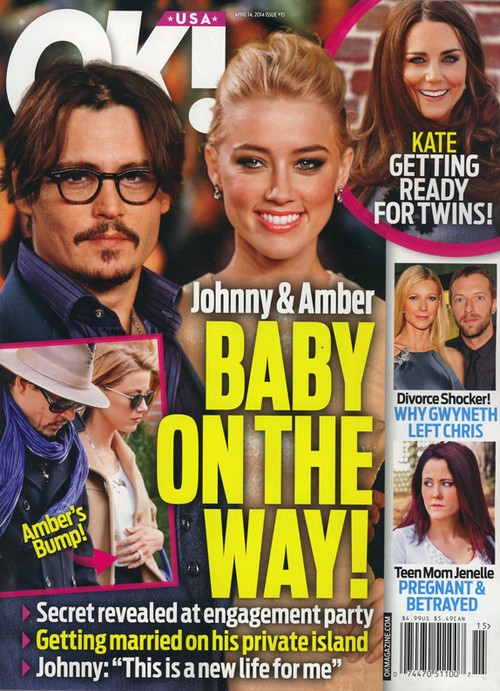 A new report claims that Amber Heard will be expecting her first child with her fiance, Johnny Depp! The couple has yet to release any sort of official statement, so it’s still unclear whether or not this is 100% true, but a source close to the future newlyweds revealed to OK magazine that Amber’s definitely ready to step into motherhood.  “Amber is so ready to be a mom,” the source revealed. The source also claims that Johnny “says it’s a whole new life for him. He’s thrilled to bits!”

If this baby news really is true, it’s nice to know that everyone in the family is so excited about it! Plus, it’s not like Johnny is an amateur when it comes to parenting. He already has two children with his ex Vanessa Paradis. They were married for a whopping 14 years and then, one day in 2012, decided to quit their relationship after rumors surfaced that Johnny and Amber were dating. Boom! Now pregnant!

What do you think about this news? Is Amber pregnant with Johnny’s baby and, if so, do you think Johnny has what it takes to father another child? Johnny Depp is 50 and Amber, his future bride, is 27. The age gap is definitely there and only time will tell if this relationship will be able to weather the volatile storms of Hollywood.

Leave us your thoughts in the comments section below.