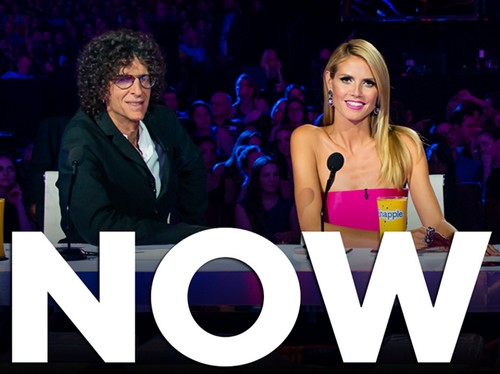 Tonight on NBC their hit reality talent show AMERICA’S GOT TALENT returns for the twenty third episode in its ninth season for another results show. Tonight the final six acts heading to the finale are revealed in the results edition.

On the last episode, the top 12 acts of season 9 performed live at Radio City Music Hall in a 2-hour show for the chance make it to the finals and compete to win the $1 million prize and become the most talented act in America. One of the best acts from last night was Mara Justine, she had a great performance and Howard was amazed at how she is only 12 years old doing this; it’s truly impressive. Did you watch the last episode? If you missed it we have a full and detailed recap, right here for you.

On tonight’s show, the votes are in and America has chosen their final 6 acts from the previous night’s performance show. Nick Cannon hosts this variety competition series which features a colorful array of performers competing for the chance to win the $1 million prize and become the most talented act in America.

RECAP: We now start of the show with a little song with The Muppets, featuring all the judges as well; The Muppets are here tonight to see some new acts to maybe join them tonight. We now get a little complication of the acts we saw last night and reminding us what America had to choose from; it was a hard night to decide.

We now get a look at the Reddi Whip after party with Nick Canon and the acts relaxing after their stressful night of performing. Now the first act moving on to the finals is Emily West with her insanely perfect singing last night. Howard says that he is a big fan and he has no words to describe how good she is; he knew without a doubt she’d be moving into the finals.

The next act moving on to the finals is Acro Army for their crazy dangerous act that had all the judge minds blown last night, Howie says he can’t wait to see how much more they can do; their act is exactly what America’s Got Talent is all about.

Next up we’re going to see Jackie Evancho and her incredible opera singing; she started her career on America’s Got Talent and because of it she has been able to really pursue a career in music and has recorded albums.

Now we see a performance by Miss Piggy, Mel B and Heidi singing in their own little act.

The next act going on to the finals is Quintavious Johnson with his incredibly singing last night that impressed the judges a lot, Heidi says that she is not surprised and knows America got it right because his powerful voice and stage presence is perfect.

The Next act going on to the finals is Matt Franco with his incredible magic trick last night that had all the judges shocked and wondering how he did it; Howard tells Mat he’s the only magician left and that he has an amazing shot at winning the whole thing.

The Muppets decided that they are going to leave now, they thank America’s Got Talent for having them over tonight; they decide they’d like hire the act though they can’t because he’d have to fire all the muppets.

The next act moving on to the finals is Sons of Serendip with their amazing performance that brought tons of emotions last night, they can’t even believe that they are going into the finals; they have learned to beleive in themselves so much and thank America so much. Howie says that they are musically the most talented on the show and to just keep up what they are doing.

It’s now Emil and Dariel against Miguel Dakota for the last place in the finals, Heidi decides she’s going to let Miguel through because he’s the whole package of a star.Mel B decides that Miguel deserves to move on with being such a big star. Howie decides that he’s going to choose Emil and Dariel because they are surely more talented. Howard says the Miguel has to pick his songs better and Believes Emil and Dariel got to go bring in more into their act but picks them anyways. America voted for Miguel to move on.