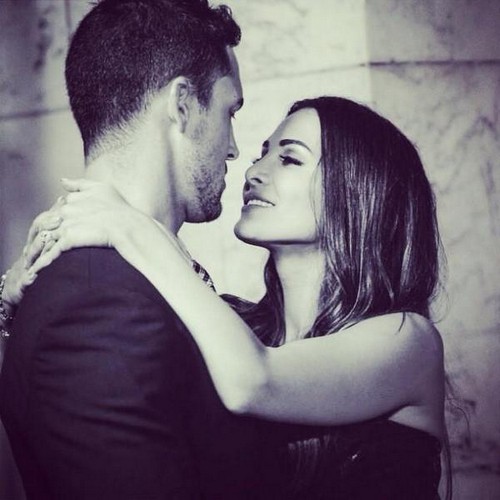 Since Andi Dorfman’s time on ABC’s The Bachelorette 2014 it has become very clear that she joined the show in search of fame, not love. After The Bachelorette finale, Andi promptly quit her prestigious job as a district attorney to pursue a career in the entertainment world. When Andi and fiancé Josh Murray returned home – Andi quickly secured them an agent and began campaigning for Bachelor producers to televise her and Josh’s “I Do’s.” More than one source has gone on the record claiming that Andi desperately wanted a Bachelorette wedding just like Sean and Catherine’s.

The bottom line is, ABC has no intention of airing Andi and Josh’s wedding in a special Bachelorette episode. They aired Andi and Josh’s finale, and they are ready to move on and rid themselves of the couple and usher in the next season of new blood. Andi won’t take “no” for an answer though and even attended Bridal Fashion Week in NYC and tried to make her wedding plans sound extravagant in hopes of garnering the Bachelor producers’ interest.

So, why are TPTB ABC’s Bachelor franchise “so done” with Andi and refusing to participate in her and Josh’s wedding? Well, aside from the fact that the odds of the unhappy couple making it dow the aisle are slim to none – Andi has aligned herself with ex co-star Nikki Ferrell. After the disastrous season finale of The Bachelor 2014, Nikki Ferrell and Juan Pablo were the laughing stock of the franchise and basically banned from any and all Bachelor-related events. Then, to add insult to injury, Nikki went on VH1’s Couple’s Therapy and completely dissed The Bachelor and had nothing nice to say about it. Let’s be clear: ABC despises Nikki because of all the awful Juan Pablo drama that she been openly critical of the show, its producers, and its spin-offs – “I’d rather stab pencils in my eyeballs” was Nikki’s response when asked if she’d be watching Bachelor in Paradise.  As long as Andi is palling around with Nikki and preaching on Twitter that she is BFF’s with one of the banes of Chris Harrison’s existence – she can kiss any chances of a televised wedding on ABC good-bye.

So, Bachelorette fans, are Andi and Josh actually going to make it down the aisle? Do you think that Andi will be able to weasel her way back in to Bachelor producers’ good graces and get her wedding episode? Or as she sealed her fate by carrying on a friendship with Nikki Ferrell? Let us know what you think in the comment section below!