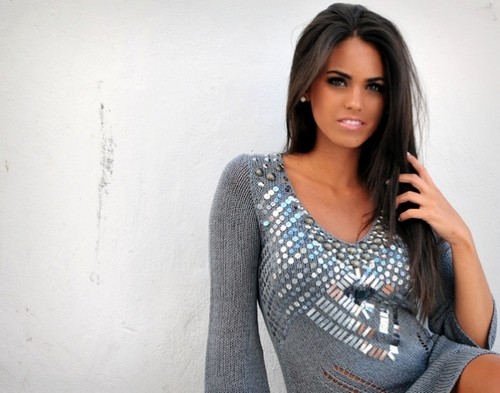 The Bachelorette 2014 Andi Dorfman bombarded Twitter last month with wedding propaganda, and claimed to be planning her and Josh Murray’s big day. Ironically, they’ll still haven’t set a date yet. While Andi and Josh were in NYC attending Bridal Fashion Week, Josh’s little brother, NFL player Aaron Murray got down on one knee and proposed to his long-time girlfriend Kacie McDonnell.

It’s no secret that the Murray Family are not fans of Andi Dorfman, however they adore Kacie and are thrilled to have her marrying in to their family. Sources close to Andi Dorfman exclusively told CDL that Andi despises Kacie, and is uber jealous of her. Kacie has it all (see her pics here), or at least everything that Andi wants out of life. Andi confessed multiple times that she dated athletes and pro-ball players, and Kacie landed the NFL playing Murray brother, and Andi got stuck with retired baseball player and vitamin hustler Josh. To add insult to injury, the Murray Family worships the ground Kacie walks on and they are boycotting Andi and Josh’s nuptials.

So aside from the fact that Kacie seems to have the perfect fiancé and the Murray Family’s support, what is Andi’s beef with her? Well, everyone knows that Andi Dorfman quit her job as a DA to pursue a career in the TV world. After getting passed over for Dancing With The Stars, Andi has been campaigning hard to get ABC to televise her and Josh’s wedding, is rumored to be in talks with the Couples Therapy producers, and cozies up to every reality TV star she can meet (her latest BFF is Kim Zolciak). Ironically – Kacie McDonnell already has a TV career and was a news anchor and reporter for FOX, has successfully modeled, and has a slew of fans on the Internet.

Our CDL exclusive source claims that Aaron’s fiancée Kacie isn’t exactly a fan of Andi’s either. Apparently Andi insisted that Aaron and Kaci delay their engagement as Andi felt it would detract from the media attention on ‘The Bachelorette’ but they naturally refused. Our source claims, “She (Andi) was furious that Aaron and Kacie got engaged because she wanted the center of attention to be on her. Aaron and Kacie would not change their plans and it made Andi furious. This has led to the estrangement between the whole (Murray) family. The sister Stephanie sent out tweets congratulating Kacie, but none to Andi.”

So, are you Team Kacie or Team Andi? Do you think Andi and Kacie have any legitimate beef with each other – or is Andi just completely insecure and jealous of the other Future Mrs. Murray. Which couple do you think will make it down the aisle first? Let us know in the comments below!