The Bachelorette Andi Dorfman and Josh Murray Lose TV Wedding But To Gain “Say Yes To The Dress” – Anything for Fame! 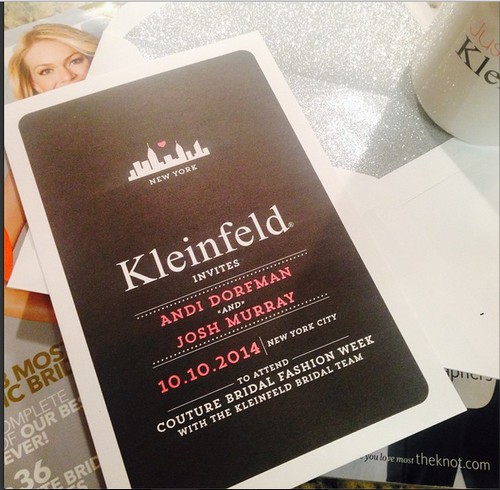 The Bachelorette 2014 stars Andi Dorfman and Josh Murray have been engaged for roughly five months now, and have been spending the majority of their engagement trying to convince skeptical fans that their relationship is the real deal. Despite ridiculously corny professions of their love for each other on social media, the general consensus is that Josh and Andi’s relationship is a complete fraud and the dynamic duo’s ultimate goal is to find fame and fortune.

Generally after a couple leaves the Bachelorette and the Bachelor engaged, they move to some remote city in one of their home-states that we have never heard of and after tying the knot they go back to their average-joe lives and drift into oblivion, randomly making headlines when they buy a new house or have a baby. But, Andi Dorfman has made it very clear she will not be drifting in to oblivion any time soon, and the last thing she wants to do is be an average-joe again.

It’s no secret that Andi Dorfman thought she and Josh Murray were going to be the next Sean and Catherine, and the Bachelorette star had her sights set on a lavish  TV wedding. However, last month several sources came forward and claimed that ABC had cancelled Josh and Andi’s wedding because they knew the costs would far exceed the advertising revenue and ratings that the event would bring in.

Since ABC axed Josh and Andi’s wedding, Andi is not ready to give up on her dreams of appearing on another TV show. And, it looks like the Bachelorette couple has weaseled their way in to an episode of TLC’s “Say Yes To The Dress.” Andi and Josh both bragged on social media that they were headed to NYC again this weekend and Andi posted a photo on Instagram of an invitation she received from Kleinfeld (star of the show “Say Yes To The Dress”) personally inviting her and Josh Murray to Bridal Fashion Week. Naturally, being the uber celebrity she is, Andi released an official press release announcing she was going to NYC for the Bridal Show.

On a scale of 1-10 how sick are you of Andi Dorfman’s desperate attempts at staying in the limelight? Have you ever heard of a star of the Bachelor or Bachelorette releasing their own press releases announcing that they are taking a trip to NYC? Will you watch Andi and Josh on “Say Yes To The Dress?” Let us know what you think in the comments below.