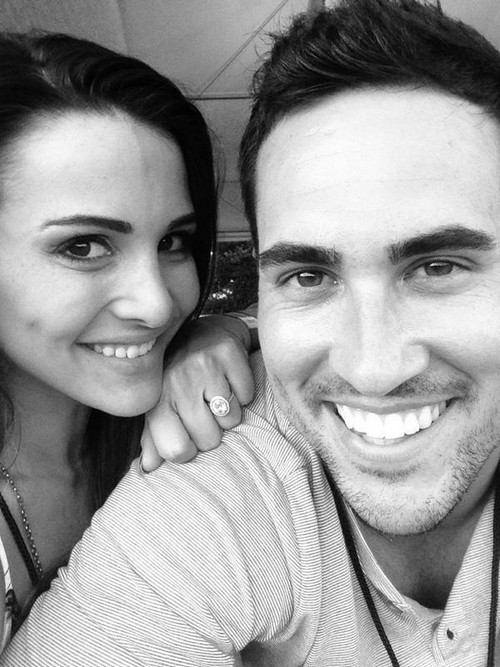 Andi Dorfman and Josh Murray have continued the streak of fake Bachelorette romances, all for the sake of ratings, money, and fame. The couple got engaged in the season finale of the Bachelorette 2014, when Andi Dorfman surprised everyone by choosing Josh Murray over fan favorite Nick Viall. Despite having had hot sex with Nick just hours before she did the same with her fiance Josh, yes true love…. But you know, these people always have a one track mind, and they don’t care that they have to sacrifice their dignity, their privacy, and their choice in romantic partners, just for a shot at fame.

Andi went with the controversial choice because she thought Josh was better suited for TV and would help her build her career in entertainment – and she and Josh got engaged. Of course, it was a total PR showmance, which means that they’ve been clinging on to their ‘relationship’ with their teeth. But because it’s afforded them the opportunity to land other reality shows and guest appearances, they’ve stuck together this long. They might even last a few more months to film Couple’s Therapy, and then play up their relationship troubles to attract more viewers.

But in the end, there’s no way Andi and Josh are going through with that wedding. Being engaged is one thing, but being married? If you promised both of them that they’d instantly become A-list TV stars, I have no doubt that they would do it. But this isn’t Narnia, and the reality star landscape has become increasingly packed over the past few years. Andi and Josh aren’t the only fake showmance in town! No, every reality show out there has a showmance at the top of their publicity machine, and Andi’s and Josh’s time in the spotlight is waning – and they totally know it. Why else do you think they’re planning to break up before they’re forced down the aisle? 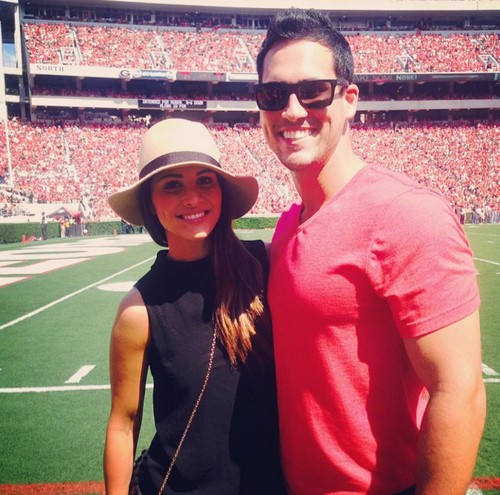 Update: Check out the cheesy staged pic above of Andi and Josh attending the football game – how all-American, how adorable, how completely fake and phony. It’s hard to believe that some outlets pander to this nonsense. Let’s keep thing clear – this amazing love match between Andi Dorfman and Josh Murray had Nick Viall banging The Bachelorette 2014 like it was their wedding night just hours before she climbed into bed with Josh. Please, if you buy this showmance then you are being fooled.