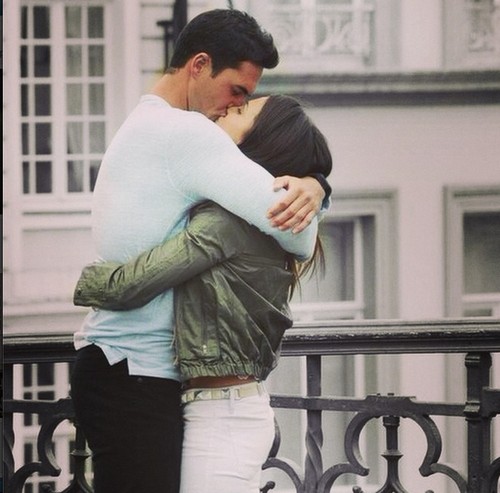 Season 10 Bachelorette 2014 Andi Dorfman has had a rough couple of months since she accepted Josh Murray’s engagement during the finale of the season. Moments after Andi said “yes,” runner up Nick Viall took the stage during the live after show and announced that Andi “made love” to him right before Josh got down on one knee and propose. Nick’s announcement, sent the tone for the rest of Andi’s engagement.

Just days after it was revealed that Nick had sex with Andi, multiple sources reported that Andi and Josh’s relationship was already in trouble, and the couple was even seen fighting in public. Andi and Josh’s bickering has only escalated since then, and rumor has it they might not even make it down the aisle. Aside from their obvious trust issues, the paparazzi and tabloids are taking a toll on Murray, several sites have reported that he is going out of town on work business more and more frequently and each trip is a little longer than the last.

It became clear that Andi’s journey as The Bachelorette was supposed to be a stepping stone to launch her Hollywood career. As soon as her time as The Bachelorette was over Andi quit her job as an assistant district attorney and hired a manager. However, at the last minute Andi was reportedly devastated when Dancing With The Stars opted not to cast her, and really who could blame them, we’ve all seen Andi’s dance moves. Andi’s last hope at making it back onto television is her extravagant TV wedding, which most likely isn’t going to happen. Inside production sources have confirmed that ABC doesn’t want to invest the money booking the venue and preparing for the event because they don’t think Andi and Josh are going to make it to the altar.

So, on top of Andi’s failing engagement, her career seems to be just as big of a flop. According to friends of the new couple, Andi is devastated that she might lose Josh, and her shot at fame. Her family is becoming concerned because according to a source close to the situation Andi “has been moping around her house for days at a time.”

Do you think Andi Dorfman and Josh Murray will make it to the altar, or is it only a matter of time before they announce their break-up? How serious do you think Andi’s depression is? Let us know what you think in the comments below!