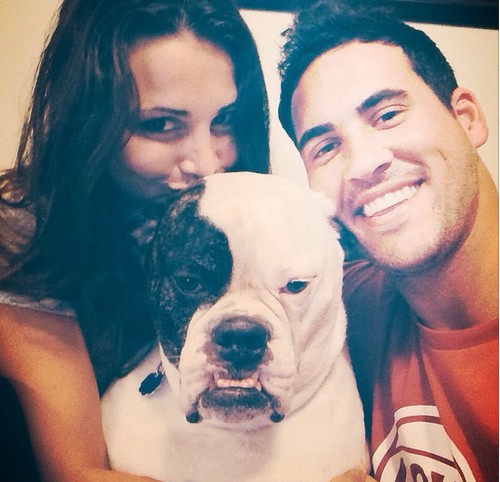 There are two types of women that join ABC’s reality TV series The Bachelor and The Bachelorette. There are the select few genuine and innocent women who honestly believe they are going to find true love and ride off in to the sunset with their prince charming. Then there are the women that join the reality TV series as a career with one goal in mind – Hollywood – fame and fortune, finding a husband is the least of their concerns.

It’s safe to say Andi Dorfman signed on as The Bachelorette 2014 in search of fame and fortune, Josh Murray proposing to her was just an added bonus. Let’s look at the evidence. Remember Andi’s stint on The Bachelor with Juan Pablo? She made it all the way to the final three and even slept in the fantasy suite with Juan Pablo. She literally announced she was falling in love with him and then twelve hours later she cursed him out and dumped him in a well-rehearsed and thought-out scene. Everyone who watches the series believes that the producers told her she would be the next Bachelorette as long as Juan Pablo didn’t propose to her, which is why she suddenly dumped him and dropped out of the running for the future Mrs. Juan Pablo.

During Andi’s time as The Bachelorette 2014, it was clear to everyone on the show and viewers at home that Nick Viall was an obvious frontrunner and had the realest connection with Andi Dorfman. However, at the last minute she shocked everyone and chose Josh Murray. Why? Well, Nick Viall had a mind of his own, was lacking charisma, and didn’t win over fans the way Josh Murray did. Andi was shopping for a co-star for her televised wedding, not a husband. Josh Murray looked much better standing in a tuxedo at the altar than Nick Viall did.

So, Andi and Josh are officially engaged and did their whirlwind press tour for ABC. They should be settling in together in Atlanta and planning their wedding and making babies, right? Wrong, Andi actually quit her job as the Assistant District Attorney, which is strange since she still lives in Atlanta. And, she announced on social media that she and Josh now have their own agent and are being represented by a company called MELT. If you joined The Bachelorette to find a husband, why do you need an agent? Several sources are also reporting that Andi and Josh are leaving Atlanta, and looking to move to Hollywood, which makes sense since both of them are rumored to be joining the cast of Dancing With The Stars.

What do you think Bachelorette fans? Do you think Andi Dorfman truly wanted to find love, or was The Bachelorette just a stepping stone on the road to fame and fortune? Let us know what you think in the comments below!