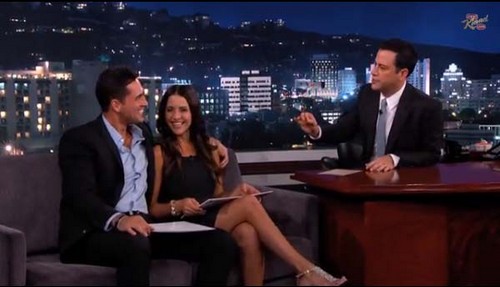 The season 10 finale of The Bachelorette 2014 has officially aired on ABC and fans were shocked to see Andi Dorfman send Nick Viall back to Milwaukee and she accepted Josh Murray’s proposal. Bachelorette spoilers teased long before the finale that Josh Murray would be the winner, but it was hard for fans to believe.

Nick Viall had been the obvious front-runner through the entire series, and there were some episodes where Andi even considered sending Josh Murray home. Up until the finale, any Bachelorette fan who has been watching this season was certain that Nick Viall had the finale in the bag — even Nick Viall was positive he had won.

So, what happened? Why did Andi Dorfman change her mind at the last minute and choose Josh Murray? And, she did change her mind, because Nick revealed on the After The Final Rose show that Andi had sex with him on their fantasy suite date, less than a week before the finale. Obviously, she cared for Nick, or else she wouldn’t have slept with him.

It was revealed during Season 10 of The Bachelorette that Andi Dorfman was quitting her job as the assistant district attorney of Atlanta to pursue a career in the entertainment business. And, rumor has it, she will even be performing on the next season of Dancing With The Stars.

Josh Murray is an ex professional athlete, charismatic on TV, and undeniably better looking than Nick Viall. So, Andi obviously had to choose Josh over Nick if she wanted to make it in the entertainment world. When she chose Josh over Nick, it had nothing to do with who she liked more; she was choosing her co-star for her TV wedding and Josh obviously looked better in a tuxedo than Nick.

What do you think, Bachelorette fans? Do you think Andi Dorfman chose Josh over Nick because she was looking for a co-star, not a soul mate? Let us know what you think in the comments below!