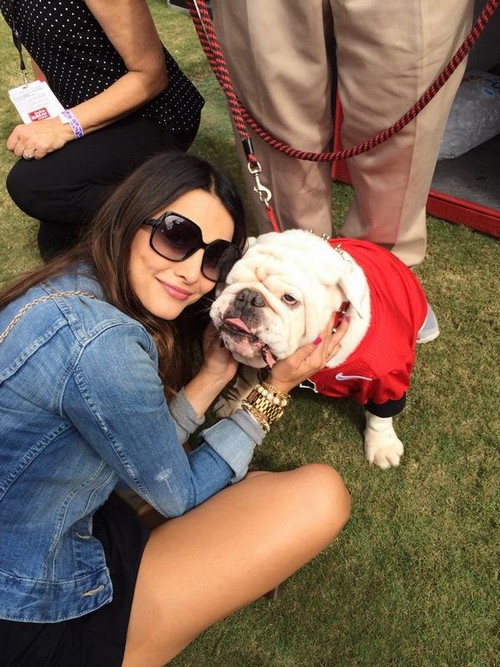 The Bachelorette births out fake romance after fake romance every year, but people continue to buy into it. This year was no exception, although Andi Dorfman might have set a new record for the most unbelievably fake showmance with Josh Murray.Their entire courtship [on the show AND off the show] was the most blatantly obvious publicity ploy, and their romance has continued that trend. Rumors of their break-up emerge every week and amazingly they all seem believable. Of course Andi is quick to deny that she and Josh have split but somehow we don’t hear the break-up rumors quashed by Josh. But that makes sense since Andi is the voice for the couple, Josh was picked for his nice smile and good looks, not his wit. Just ask Nick Viall!

Losing some public interest? No problem, let’s go on Couple’s Therapy! Uh-oh, some people have stopped watching. Let’s go on Dancing with the Stars! Are we losing the public’s attention again? Let’s get on US Weekly and fake some divorce talk! Oh no, are they putting that idiot Gosselin family on the cover of all the tabloids? That’s okay, let’s talk about marriage in an exclusive interview with People!

Trust me, Andi Dorfman and Josh Murray DO NOT want to get married. On that end, I can’t blame them – nobody wants to get married to someone that they can hardly stand. But with these two, it’s going to be difficult to get out of it, no? They made a deal with ABC when they agreed to fake their romance on The Bachelorette 2014, and people expect them to see it through.

Right now, Andi Dorfman and Josh Murray are engaged, and the public wants to see them get married eventually – or at least, the few members of the public that still have some vested interest in their relationship. I’m sure you can count the people still interested on one hand, but hey, they still exist! And they want to see Andi and Josh  married, dammmit! They didn’t slog through all those boring episodes of the bachelorette for nothing, and now, they want their closure. Too bad for them, but Andi and Josh are planning to break up before it ever comes to walking down the aisle.

They’ve got their exit strategy all mapped out – take advantage of all the wedding talk, leverage it into another few ‘exclusives’, try to book another reality show, and then break up at the last possible moment to maximize publicity. It’s a well oiled machine, and at this point, we should all know better than to trust a single word that comes out of these people’s mouths regarding their romance.