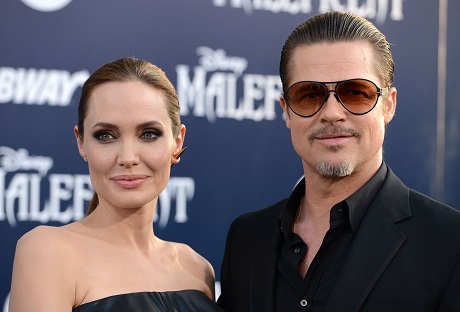 When everyone else was preoccupied with the Emmy Awards this weekend, Brad Pitt and Angelina Jolie ninja’d their way into getting married. They managed to obtain a marriage license in California, gather a small group of friends and family, and sneakily tie the knot at Chateau Miraval. Yeah, good luck topping that, George Clooney.

Seriously, NOBODY can complain about privacy or lack thereof after the two biggest celebrities in the world managed a wedding without any paparazzi fanfare. In fact, people wouldn’t even have known that Brad and Angelina got married if it wasn’t for them releasing a STATEMENT to the Associated Press, confirming the news. That’s how sneaky they were with this whole situation – that people didn’t know, even five days later!

Anyway, Angelina’s kids are reportedly ecstatic with the news. Brad has admitted in the past that he and Angelina were facing a lot of pressure from the kids to get married, with constant questions asking them when they would tie the knot. In the end, Brad and Angelina didn’t necessarily stick to their vow that they would wait for gay marriage to become legal in the entire country, but with pressure from six kids, I don’t blame them.

They’ve been wanting to make it official for a long time, and what better year than this – when Angelina has a major Oscar contender, when Brad has a major Oscar contender, and when they already have several box office successes under their belt. Brangelina has never been more on top of the world, and their family has never been closer. So kids’ pressure or not, they were happy to get married – and by involving the children in such an intimate way, it became that more meaningful for them.

Maddox and Pax reportedly walked Angelina down the aisle, with Zahara and Vivienne as the flower girls and Shiloh and Knox as the ring bearers. I doubt pictures from the wedding will be released, but I guarantee you – those kids are very, very happy right now.