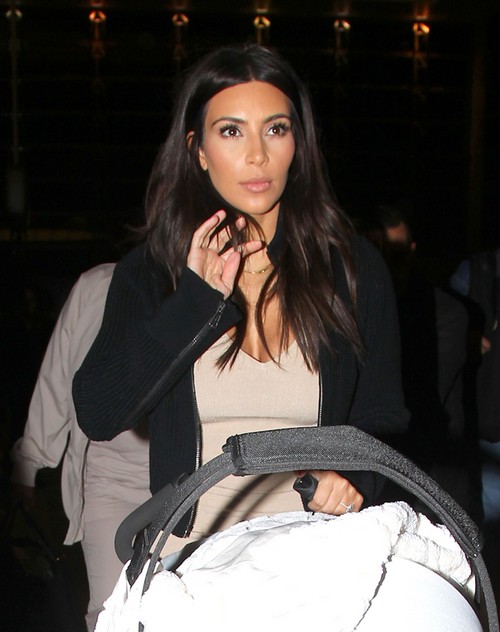 Kim Kardashian comes across an idiot much of the time, and Angelina Jolie is reportedly calling her out on it. Kim, in what is being called by many, a completely ignorant and misguided attempt to help Armenians in Syria, recently tweeted, “Please let’s not let history repeat itself!!!!!! Let’s get this trending!!!! #SaveKessab #ArmenianGenocide.”

The country’s civil war has been going on since 2011, and Kim [the genius that she is] decided to add, “If you don’t know what’s going on in Kessab please google it, its heart breaking! As an Armenian, I grew up hearing so many painful stories!”

However, both fans and non-fans managed to realize that Kim’s tweets were actually supporting the Syrian president’s propaganda about what was going in Syria, as opposed to the other versions of the “truth.” Of course, Kim is one of those people who wants to act knowledgeable and concerned about the events of the world, but let’s face it – she’s a reality star bimbo who’s more concerned with her appearance than anything real in the world of politics.

And you know who else shares that opinion? Angelina Jolie. According to the National Enquirer, Angelina Jolie has called Kim a ‘witless bimbo’, slamming her ignorant tweets and her inability to understand what’s really going in the country. A source tells the Enquirer, “Angelina was far from impressed at the way Kim decided to throw her two cents into such a sensitive issue. Angelina exploded, yelling, ‘Who does this witless bimbo think she is? Why doesn’t she stick to reality TV?'”

Well, I agree that Kim should have stayed out of this if she wasn’t going to do her research properly – by tweeting ill-informed propaganda, she inadvertently caused many of her [dumb] Twitter followers to re-tweet her message and continue spreading the falsehoods. But does anybody really believe Angelina Jolie even KNOWS who Kim Kardashian is? They’re on different stratospheres of fame, and I doubt Angelina has time to follow reality television. She might have heard Kim’s name in passing, but I don’t think she’s sitting there, refreshing Kim’s Twitter page every five minutes. She has other priorities in her life, not least of which are her six children, her health, and her ever-evolving directing career. 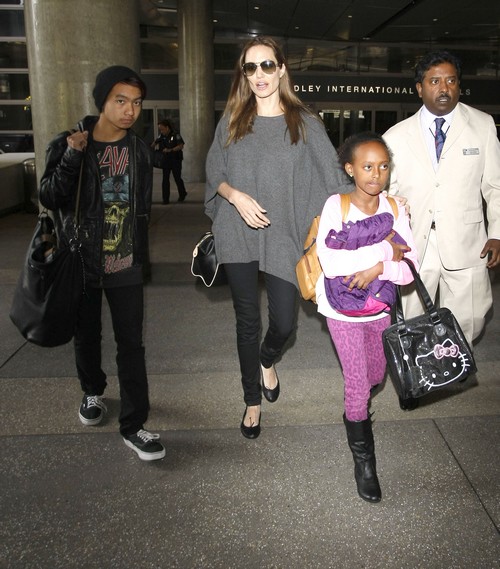