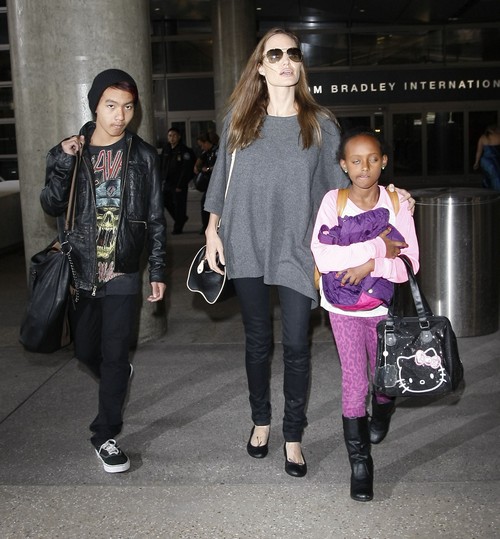 Celebrities call the paparazzi on themselves! Why, you don’t say! That is simply shocking… except it’s really not. Anybody who’s been in the entertainment or media business knows that many, many celebrities call the paparazzi, and most of the time, it’s a mutually beneficial agreement. You think Angelina Jolie went from being crazy actress wearing blood vials around her neck to doting mother and humanitarian all by herself? No, she was part of a carefully orchestrated campaign to completely revamp her image, and it succeeded.

A new [and extremely fascinating] Rolling Stones article details the relationship between celebrities and paparazzi, and you’d be surprised by some of the names the article tosses up. Obviously, we have the obvious ones like the Kardashians, Lindsay Lohan, Denise Richards, Tori Spelling, etc. But then we have Angelina Jolie, Tom Cruise and Katie Holmes, Ryan Reynolds, etc. Yeah, who knew that A-list stars needed the paparazzi?

Let’s take Angelina, for example. Angelina’s image in the early 2000s wasn’t the best, to say the least. She was better known for her wild off-screen antics than she was for winning an Oscar or for her acting ability, but Angelina one-upped the media. Right after she adopted Maddox [before meeting Brad Pitt], she reportedly called the paparazzi to document her every move, so that the public was treated to a non-stop barrage of the doting new mother. Of course, right after she and Brad started dating, a photo agency received a tip about their vacation at Kenya’s Diani Beach. Um, paparazzi don’t exactly hang out at random Kenyan beaches, so suffice to say, it’s pretty obvious that they were called there. And even now, almost a decade later, Angelina is meticulous about planning her paparazzi encounters – and they love her for it. 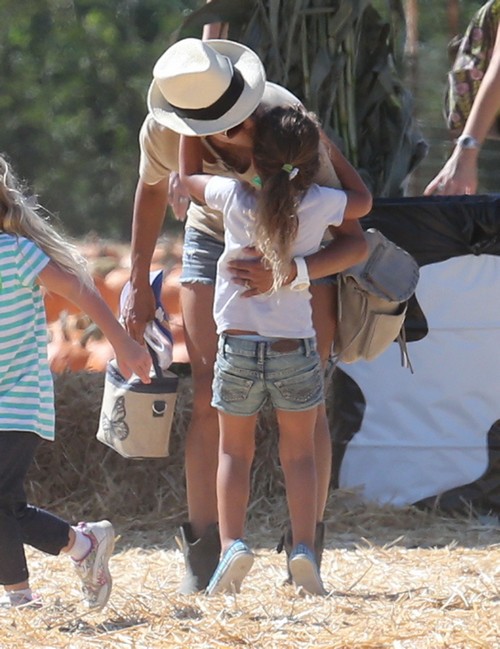 Now, let’s take Halle Berry as another example. While Halle doesn’t necessarily call the paparazzi on herself, she reportedly used to take her daughter, Nahla, to pap-friendly spots. Even though she was part of the anti-paparazzi legislation that recently got passed to prevent crazy pap behavior around children, she used to take Nahla to Mr. Bones Pumpkin Patch in West Hollywood – a notorious spot for paparazzi hunting, something all celebrities, especially celebrity mothers, would know about.

Then, there’s the king of Scientology himself, Tom Cruise. Even though he never obviously nor directly called the paparazzi, his publicist reportedly used to tip off photo agencies when he and Katie Holmes first started going out. A rep for the Fame/Flynet photo agency told Rolling Stones, “Sometimes publicists tip off the paps without telling their clients. They think their client needs the hit, but the star might think it’s beneath them, so they just leak the information without telling them.”

Even A-list stars that use to hide from the media and paparazzi change their minds eventually. Ryan Reynolds, for example. When he was with Scarlett Johansson, you would never spot him courting the paparazzi. However, it looks like marriage to Blake Lively seems to have changed his mind on the whole paparazzi thing. The report claims that he was recently photographed in a pap-friendly encounter in a series of pre-planned shots, eating Chobani Yogurt, drinking Nespresso, and carrying Burger King. Being paid to shill, perhaps?

Basically, celebrities and paparazzi exist in an environment where they both need each other, even if the celebrities hate to admit it. If the stars truly wanted to get rid of the paps, they would need to make sure that every other star was on board with that – and that will never happen. Too many celebrities count on paparazzi to keep them relevant, so even the A-list stars who genuinely hate the paparazzi won’t be able to do anything about it.