Angelina Jolie, Brad Pitt Married Because Angie Wants To Conceive Another Child As Husband And Wife? 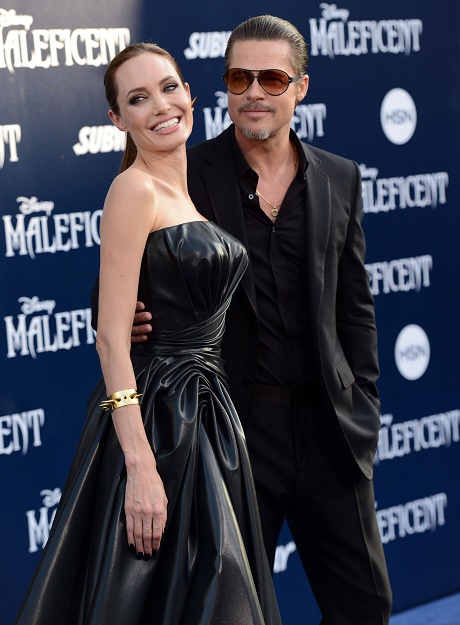 Brad Pitt and Angelina Jolie got married last week without anyone knowing, even though they went public with the news soon after. But why did they get married after so many years of waiting? They initially claimed that they wouldn’t get married until same-sex marriage was legal in the entire country, but we’re still a far distance from that happening. After that, they said their kids were beginning to put pressure on them to get married, and we assumed that kick-starting their Oscar campaigns was just an added bonus.

However, a new report from the National Enquirer now claims that Brad and Angelina had a ‘secret motivation‘ in getting married, with a source adding, “Angie got married now because she still wants to have another baby with him. But she wanted to be his bride first so they fast-tracked the wedding.”

Angelina still has another procedure to go through to complete her preventative surgery for her double mastectomy, and that includes taking her ovaries out. She’s been putting off this surgery for a few years – understandably – because it’s a massive surgery with some recovery time. However, the Enquirer’s sources also add that she’s been holding off on the surgery because she wants to get pregnant one last time, or at least, get her eggs harvested and frozen so she could use a surrogate in the future.

Hmm… is it me, or does this not sound like Angelina at all? First of all, she’s never had a problem with having a kid out of wedlock in the past, so what difference would it make now? Second of all, I don’t think she’d put her health at risk for a chance at another biological kid, not when she could easily adopt. She’s proven in the past that she doesn’t really differentiate between her adopted kids and her biological kids, and it also doesn’t make sense that she would want to get married before having another kid. What, is her societal conscience kicking in six kids later?