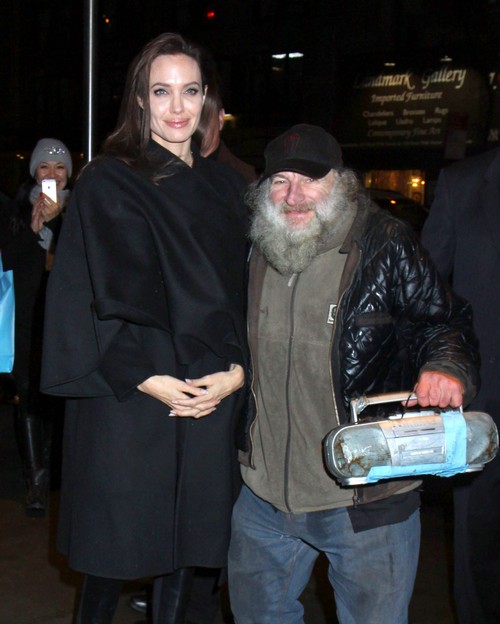 Angelina Jolie’s Unbroken deals with a great many topics, including the effect of Japanese prisoner of war camps on American prisoners. Of course, it’s also based on a true story [set during World War II], and almost everything that happened to Louis Zamperini was depicted as accurately as possible in the film – making allowances for movie liberties, obviously. However, there’s a large group of Japanese nationalists who are not happy with the way Japan was depicted in the movie, calling it racist and misleading.

National campaigners are calling for a boycott of the movie in Japan, explaining that scenes of Japanese guards mistreating American prisoners in the war camps is misleading, and never actually happened that way. Specifically, there are several scenes in the movie where a Japanese prison guard named Mutsuhiro Watanabe [nicknamed the Bird] made Louis Zamperini hold a piece of wood above his head for 37 minutes [a scene featured heavily in the trailers], and then proceeded to punch him in the stomach. Plus, the movie also hints at the prison guards engaging in medical torture experiments and cannibalism, both of which are featured much more heavily in the book than the movie.

One such national campaigner told the Telegraph, “If there is no verification of the things he said, then anyone can make such claims. This movie has no credibility and is immoral.” Honestly, Japanese prisoner of war camps during World War II might have been better than German prisoner of war camps or they might have been worse – but they were still housing people the government considered enemies of the state. There was no international law that governed the treatment of prisoners in those days, or if there was, it was soundly ignored in the face of World War 2. You can argue ‘he said’, ‘she said’, until the cows come home, but this is Louis Zamperini’s version of what happened, and there are plenty of eyewitnesses and plenty of forensic evidence proving that he’s telling the truth. Plus, Laura Hillenbrand [who wrote the book that the movie is based on] researched Louis’ story extremely carefully, and as such, has tried to include as much accurate historical detail as possible.