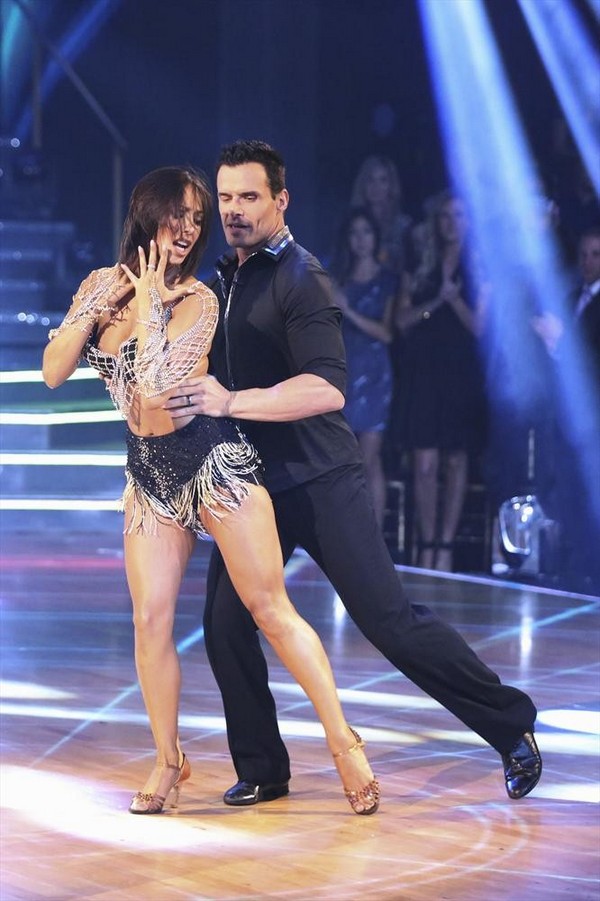 Tonight on the season 19 week 2 of Dancing with the Stars American actor and model Antonio Sabato JR. & his parner Cheryl Burke danced a Rumba to “Adorn” by Miguel.  On tonight’s episode the 12 remaining celebrities dance to their favorite songs #MYJAMMONDAY.  The show kicked-off with a spectacular opening number featuring the full cast and judges dancing to a medley of the judges’ favorite songs. Each couple will then perform a variety of dances, including the Cha Cha, Foxtrot, Jive and Rumba, to their favorite jam.  Did you watch tonight’s premiere episode?  If you missed it we have a full and detailed recap, right here for you.  If you missed any of tonight’s videos we have them all for you too!

On last week’s episode Antonio performed a Cha Cha Cha and Carrie-Ann loved it saying, “You are incredibly hot, not bring it all on to a sexy hot dance next time.”  The judges scored Tommy a 25/40.  If you want to see his Cha Cha Cha from last week, you can check the video out here.

Antonio Sabato JR and professional dancer Cheryl Burke: dancing a Rumba.  Antonio has been getting ready for his dance and tweeted about this week’s dance, “Time to get my behind up up .. We got some dancing to do.”

Judges’ Comments: Len: “Don’t over analyze these dances.  There are no secrets you just have to better the following week and you were.”  Julianne: “This was so good.  I am really impressed and the connection was beautiful.”  Bruno: “The Latin lover is starting to smother.  It was never forced.  You have a nice butt.”  Carrie Ann: “Subtly that is the approach.  You were totally in the element.  Watch the arm that is in hold.  Other than that sexy and smooth.”