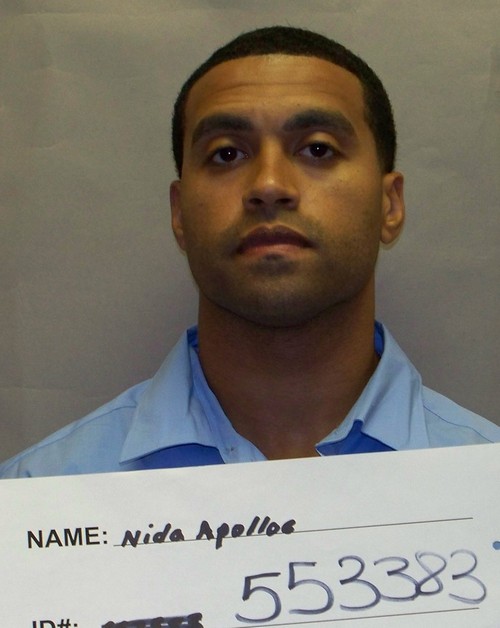 Is there something in the water over at Bravo? First, we’ve closely followed the fraudulent shenanigans of Teresa and Joe Guidice, stars of RHONJ. Now, Phaedra Parks’ husband Apollo Nida has been arrested on multiple charges of fraud that began in 2009. The couple appear on Real Housewives of Atlanta.

Nida, according to reports, surrendered to US Marshals on January 24 on charges of bank and identity fraud. Nida, still on parole for auto title fraud-related crimes, was somehow released on a pre-trial bond, but will soon have to meet his potential fate as his preliminary hearing is set for February 12. Think this might ruin any Valentine’s Day plans he had set for Phaedra? Likely, and possibly for many years to come as he surely faces prison time again.

After a U.S. Secret Service Agent began investigating the criminal activities of a colleague of Nida’s in 2012, they were able to uncover at least 40 fraudulent banks accounts tied to the woman who eventually gave up Nida as the mastermind behind the scams. The complaint included information detailing approximately $3 million connected to the alleged fraudulent activities. Nida allegedly even went as far as creating two fake debt-collecting companies so that he could allegedly gain access to protected databases. It was through these alleged activities that Nida was implicated as the man who orchestrated most all of the alleged schemes.

What is Phaedra thinking to get involved with this man? He is a lifetime criminal and will never change. A perfect family-life is not in the cards, despite the fact the man has an attorney for a wife and two beautiful children with her. Wonder if he’ll be sent to the same Federal prison as the Guidices. Wow…the escapades of Bravo’s Real Housewives franchise are the makings of an entire new show. And it may just be more interesting!