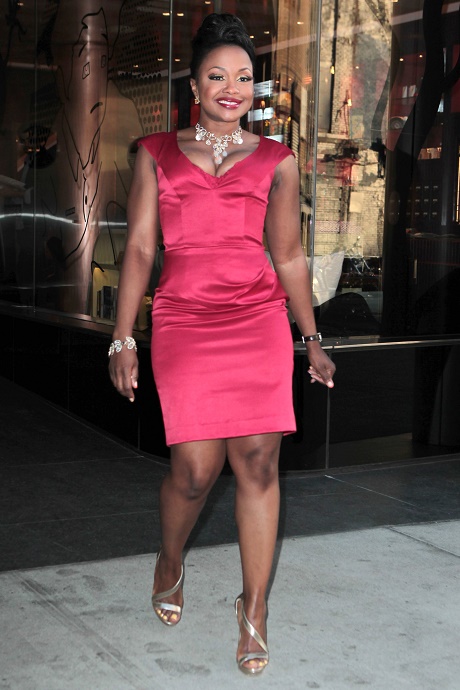 Be on the lookout. Apollo Nida is a wanted man! TMZ reports that, on Wednesday morning, Nida was supposed to head to prison to serve his 8 year sentence for money laundering and check fraud, but he simply decided he wasn’t going to show up. Deputy US Marshall in Atlanta, Gretchen Fortin, confirmed that he had not shown up at the appropriate time. Not good.

Reports say he pulled up to Phaedra Parks’ home and went nuts because she refused to put money in his prison account while he was locked up. She also refuses to bring their two sons to visit him in prison, and that caused him to lose it.

Nida allegedly forced his way inside her home and started yelling at Phaedra, screaming, “What the f*** is the matter with you,” I don’t give a f*** about the police, call them, I dare you.”

An eyewitness also tells TMZ … he was demanding property and went into the master bedroom and starting putting stuff in a big bag.

An insider tells Hollywood Life, “She’s disgusted. She’s angry. But because of Ayden and Dylan, [her kids], she’s keeping face and being the nice dutiful wife. This entire ordeal is extremely hard on her not because Apollo’s going to jail, she thinks he’s getting what he deserves, it’s most difficult because her boys have lost their father. That, to her, is the biggest loss of it all.”

Luckily, the cameras were rolling. Hopefully, we’ll get to see it on the upcoming season of Real Housewives of Atlanta, starting November 2nd on Bravo.

A source says, “Bravo has been shooting with Apollo and getting a lot with him leading up to him going to jail, so viewers will see it covered on season seven.”

Nida was supposed to report to authorities by noon but didn’t. Whoops.