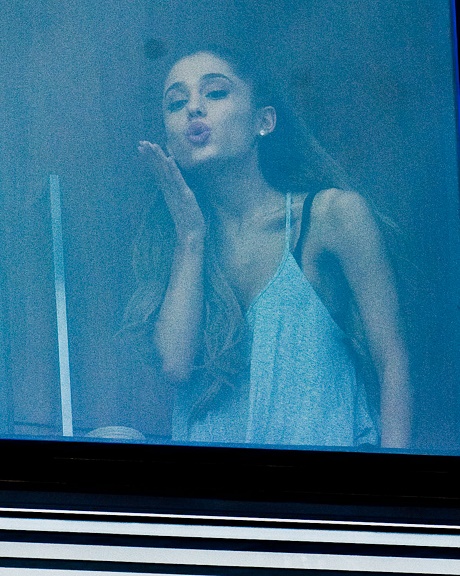 Ariana Grande’s true colors are really starting to shine through, and it turns out the pint-sized singer has a diva mentality. It was recently revealed that Ariana Grande is ridiculously high-maintenance and thinks very highly of herself. Reports emerged earlier this month that Ariana’s appearance at the Stand Up 2 Cancer telethon was accompanied with some serious behind the scenes dramatics, where she screamed at some A-List celebrities to stop staring at her and was dubbed a “total nightmare.”

While some fans argued Ariana was just having a bad day, it turns out that she was just as demanding and full of herself at an Australian photo shoot, which she walked off the set of when she wasn’t pleased with the photographers.

With all of the reports surfacing about Ariana’s diva behavior, we weren’t exactly shocked to read in the New York Daily News that the singer reportedly dissed her own fans and stated that she wished they “would all f—-ing die.” Apparently, after Ariana greeted some fans at an event last summer in NYC, multiple witnesses heard her muttering the hateful comment as she walked away.

Ariana on the other hand thinks all the reports are ludicrous, and took to Twitter to defend herself in a bizarre rambling encouraging her fans to love everyone. The singer tweeted, “Man some of these rumors that have been coming out about me lately actually have me laughing out loud. Really can’t take em seriously. Sooner or later ppl will realize that what u put out is what u get back. the lies/hate etc. give love & I promise life will treat u better. I’ve said this before but I promise it’s true. what u focus on expands. what u put out, u get back, Live for love & your life will be pretty. Love love love love love love love. k? n here’s some more love for u. even those who are unkind. here’s some love for u too. u need it most.”