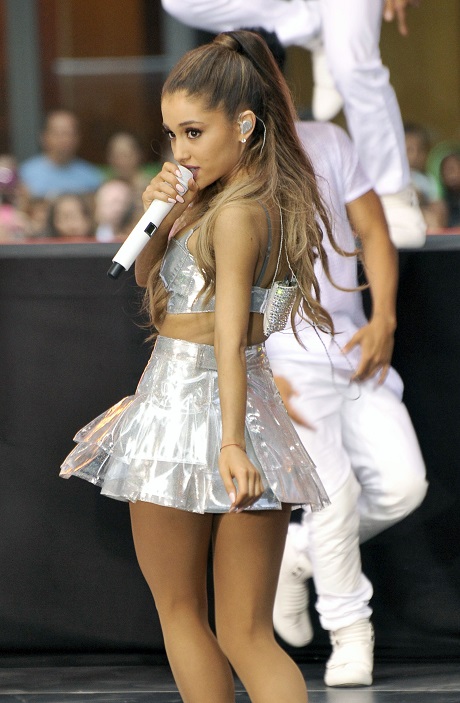 We recently reported about Jennifer Lawrence’s alleged nude pics hitting the airwaves and, as it turns out, there were a slew of other celebrities that were targeted in this major phone hacking scandal which appeared on 4chan as well. So, basically, there are now tons of nude/partially nude photos of celebrities circulating through cyberspace. What a way to celebrate the end of August! Some of the celebrities targeted in this debacle include Kate Upton, Victoria Justice, Kirsten Dunst, Teresa Palmer, Hope Solo, Krysten Ritter, Yvonne Strahovski, and our dearest diva…Ariana Grande.

Ariana Grande has already dealt with a naked photo scandal recently, so it’s a shame her name is in the media for something of this nature again. Also, she’s been the subject of some negative headlines as of late, most notably those relating to her alleged diva status. Apparently, Ariana is such a diva, and her attitude so entitled and awful, that the big wigs of Hollywood claim she’s one of the worst celebs to work with!

While Ari and J-Law have yet to comment on the scandal, Victoria Justice spoke to the drama on her Twitter account. She tweeted, “Victoria Justice denied the photos going around claiming to be her are authentic, writing on Twitter, “These so called nudes of me are FAKE people. Let me nip this in the bud right now. *pun intended*”

Yikes! What do you make of this crazy story? What do you make of 4chan allowing the posting of stolen material? Do you think the internet is going to be bombarded with countless more waves of Nekkid Celebrity? Leave your thoughts in the comments below if you’re feeling cheeky.