Ariana Grande and Jai Brooks Kissing At iHeartRadio Music Awards – Couple Dating and Back Together? 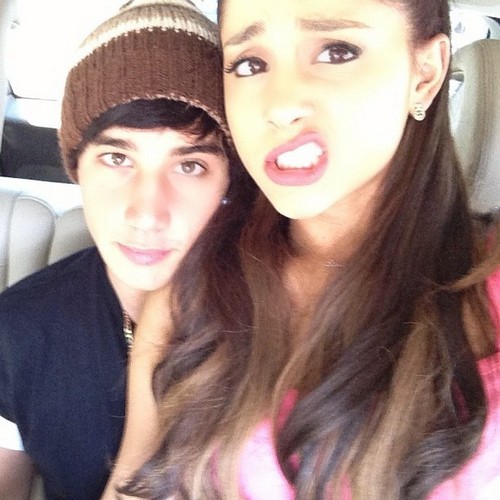 Ariana Grande must have forgiven Jai Brooks for calling her a cheater, because she’s decided to get back together with him. The singer and her ex-boyfriend were caught making out backstage at the iHeartRadio Music festival last night, leaving eyewitnesses and friends wondering if the former couple had forgotten all about their history.

I mean, it was only October 2013 when Jai wrote a long and angry rant about how Ariana had left him for another man, and how he would never forgive her. But now that Nathan Sykes is out of the picture, has he repented and forgiven Ariana already? Not only did she supposedly cheat on him, but after his Twitter rant, she also retaliated by accusing him of using their relationship to increase his publicity.

Ah, young love in young Hollywood. Instead of petty high school drama, we’re treated to petty industry drama. Sources close to Ariana and Jay had both stated at the time that they would never, ever get back together after what happened, but I guess they were wrong.

However, let’s look at the alternatives. Maybe Jai and Ariana aren’t back together, per say, but just had a quick fling. Maybe both of them were drunk and old feelings came rushing back, and they couldn’t control themselves. I would hope that if they’re backstage at another event, that they remember that there are people watching and that they’re not exactly at the epicenter of privacy. But then again, maybe both of them knew exactly what they were doing – maybe Ariana was using Jai to get over Nathan, and maybe Jai was using Ariana as a publicity stunt – again. Or maybe they both genuinely want to get back together.

So many possibilities, so much speculation to be had. What do you guys think? Let us know your thoughts in the comments below.