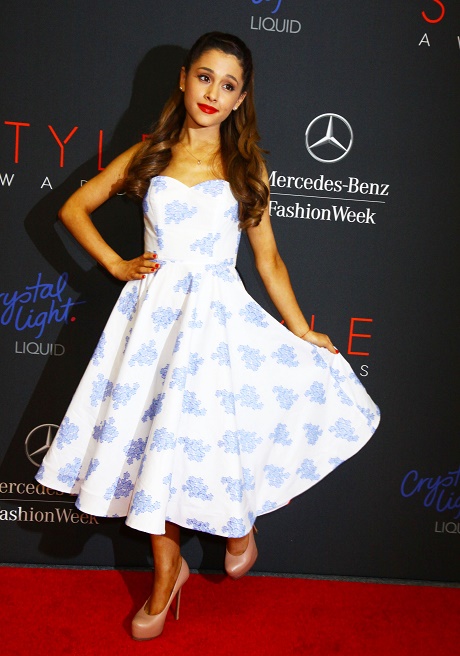 Ariana Grande, perhaps one of the biggest divas in Hollywood at the moment, is trying to emulate Mariah Carey’s diva-rise to stardom. But it’s not going to work. Sometimes, I just feel sorry for all these 20-something singers trying to break into the music industry, and then I realize the opportunities that they are given and what they end up squandering away in their endless quest for fame and money. Most people in the industry right now are not Adele. In fact, they are not even Taylor Swift. Even five years ago, musicians had to work hard and prove their worth before they could get by in the mainstream. They had to struggle, and they needed a modicum of talent, composure, and charm to win over the fans. But now? Well, they’re letting in any old riff raff, aren’t they?

Ariana Grande is a prime example of such riff raff, being the most obtuse diva to grace the young Hollywood set in a long time. Unfortunately, she comes from Disney and Nickelodeon roots, so she’s not that easy to get rid of. All those teen stars have egos the size of California to begin with, none of which are helped by spending years being pampered to, their every whim being catered to, and building a fan base of thousands of adoring, screaming teenagers. Plus, the rumors of Ariana’s diva behavior had already traveled far and wide from the set of Sam & Cat, Ariana’s old TV show.

Now, Ariana Grande might think that acting like a horrible person will go unnoticed in the long run, but she’s not stupid – she knows people are talking about. However, her reasons are apparently, ‘Mariah Carey does it, why can’t I do it?’