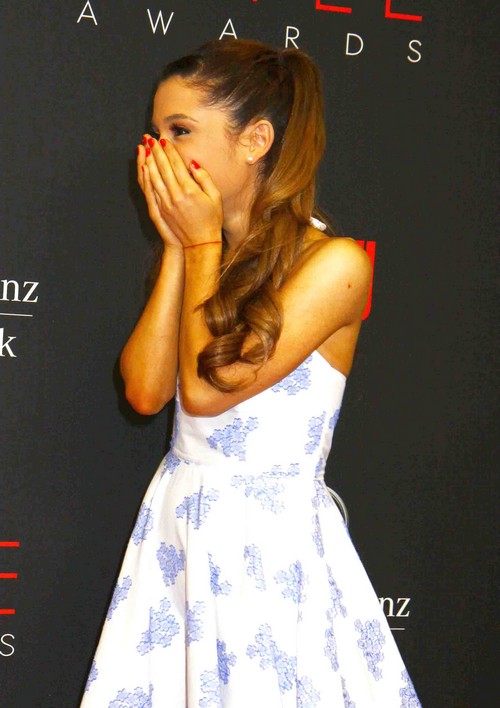 Is Ariana Grande slowly starting to become the most hated person in Hollywood? And this is a town with a LOT of hatred. Celebrities are often mocked by their personal entourages, and even their assistants and hairdressers and personal team gossip about them to other people. However, I don’t think I’ve ever heard so much vitriol coming about one person than I’ve personally heard about Ariana Grande.

People seem to detest this girl, even though executives and producers are still raving about her talent. Except in today’s day and age, you just cannot have success if everyone hates you. Ten, twenty years ago, sure, it was a possibility. Heck, Mariah Carey wouldn’t have become Mariah Carey without the anonymity offered by the early Internet and absence of social media. However, it’s not 1994, and everybody hears about even the smallest celebrity before they’ve got a chance to establish themselves. A singer screws up and yells at her assistant on an off-day? People find out. A singer decides to act the diva and annoy the heck out of everyone at an event? People find out.

And one thing that people have found out about Ariana Grande? She’s a nightmare. I don’t say this lightly, but every single one of our sources is in vehement agreement: Ariana Grande is a living nightmare, and she’s exhibited the most diva-ish behavior out of the entire young musician lot. And this category continues people like Katy Perry, Selena Gomez, Justin Bieber, etc. Of course, Ariana Grande’s team is the same team that manages Justin Bieber, so I think they just have a knack for picking these type of people.

It’s only a matter of time before Ariana’s career comes to a grinding halt after people get sick of her behavior. It’s already starting to come to that point, but we’re not quite there yet. What do you guys think? Will Ariana manage to make it much longer? Let us know your thoughts in the comments below.