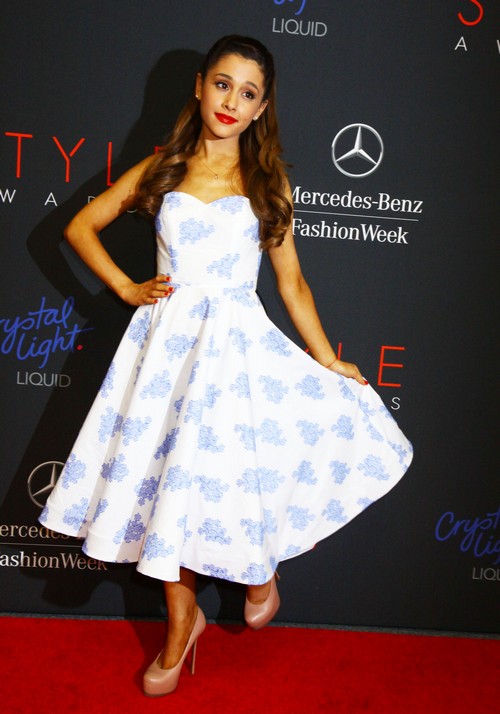 Rumors are that Ariana Grande behaves like a spoiled diva brat who thinks that she is an A-List celebrity who can do as she pleases and get away with it. At a certain point, celebrities always lose their luster to the public. Almost every major celebrity goes through their backlash period, and some deserve it more than others. However, there’s one thing that today’s age of media, internet, and 24/7 documentation provides, and that’s irreconcilable proof of a celebrity’s true nature. Twenty years ago, we never would have found out about Mel Gibson spouting raging anti-Semitism, or Alec Baldwin having major anger management issues. But now? Everything’s documented on the Internet, and the public’s wrath is swift and irreversible. So it’s not without evidence that I’m telling you guys – Ariana Grande’s days as an A-list celebrity are numbered.

You simply cannot display the sheer level of spoiled attitude, brattiness, and diva behavior without getting blackballed in the industry. Ariana Grande is not Mariah Carey, and she’s never going to get to Mariah Carey’s level – not at this rate. Mariah Carey managed to get to where she is because she was allowed a relatively quiet ascent to the top, without the constant media surveillance and paparazzi intrusion. If people had gotten even a whiff of Mariah’s ridiculous demands when she was still a rising star, the public would have turned on her, followed swiftly by the industry. However, Ariana Grande isn’t really managing her own ascent very well, since she’s already proved that she doesn’t care what her handlers thing – she’s going to continue being a diva, without the credits and experience to back up her behavior.

According to the latest report from Star Magazine, Ariana’s latest diva move came at the BBC Radio 1’s Teen Awards on October 19th, where she went around and screamed for water every chance she got. A source tells Star, “She had an assistant follow her around with a bottle of water and a straw. And as soon as she was feeling a bit parched, she was scream ‘WATER!’ and the girl would scurry over. At one point, the water was too warm for her liking, so she spit it out! Ariana won’t be welcomed back!”

Keep in mind, the team behind Ariana Grande is the same team behind Justin Bieber, and we’ve all seen how he ended up. I expect Ariana to go the same way, and soon end up in her own personal hole of oblivion. If she keeps this up, nobody’s going to want to put up with her, even her most ardent supporters. Ariana Grande’s diva behavior has created her own ticking clock.

Editor’s Update: Of course Ariana herself denies the well documented reports of her diva behavior in the video below (note that she positions herself to the camera so that only the left side of her face shows) but the truth is that CDL has an inside source close to the singer who will be providing us with more details of Ariana’s diva behavior this week – here is the next installment. You can believe Ariana’s denials or the evidence reported by those who have witnessed the behavior, the choice is yours. And as far as Star Magazine’s credibility goes, it was Star who broke the news that Lamar Odom was cheating with multiple mistresses on Khloe Kardashian while many other outlets and the Kardashian’s themselves denied the truth for weeks. Not to say that any media outlet reporting leading edge gossip and news is always 100% correct but if you want to know what’s really happening you need to consult several sources, not just the celeb’s apologists.