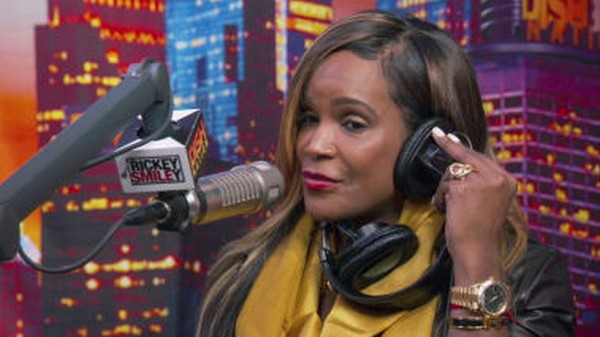 Tonight on VH1 Atlanta Exes returns with an all new Monday September 22, season 1 episode 7 called “Christina Tribute”. On tonight’s episode Monyetta presides over a charity event and pays tribute to Christina. Elsewhere, Tameka sparks drama when she meets with Sheree and Monica.

If you have never watched the show before, the cast features the once significant others of an elite list of A-list men, has no shortage of fabulousness, ambition, love, and drama. “Atlanta Exes” stars Tameka Raymond, who once enjoyed the perks and privileges that come with being married to an international music superstar, interior designer to the stars Christina Johnson (ex-wife of Cee-Lo Green), and author and businesswoman Monyetta Shaw (ex-fiancé of Ne-Yo). Also starring are entrepreneur Sheree Buchanan (ex-wife of former pro football player Ray Buchanan).

On the last episode, Sheree seek Torrei’s help to find her father, whom she hadn’t spoken to in 15 years. Meanwhile, Christina relayed news about her blossoming relationship. Did you watch the last episode? If you missed it, we recapped it all here for you.

On tonight’s episode Monyetta hosts a charity event; Christina is honored for overcoming an abusive relationship.

Tonight’s episode is going to be filled with the usual Atlanta Exes drama and you won’t want to miss it, so be sure to tune in for our live coverage of the show tonight at 9:30 PM EST! While you wait for our recap hit the comments and let us know how excited you are about “Atlanta Exes”.

Tonight’s episode of Atlanta Exes kicks off with Christina and Monyetta at a self-defense class. Christina has a melt down when the instructor begins fake-choking the students, and walks out of class. She reveals to Monyetta that she was abused many years ago and it is a sensitive subject for her, and the thought of being choked has brought back a flood of bad memories. Monyetta is shocked, she had no idea that Christina was abused before.

Sheree receives a phone call from her friend Monica, who reveals that Tameka is telling everyone untrue rumors about Sheree that she is sleeping around. Monica and Sheree decide to go out for drinks with Tameka and confront her. When Tameka arrives, Sheree confronts her about the rumors she has been spreading. Tameka says that she has heard from several people that Sheree has been sleeping around, and she admits that she insinuated that she slept with her ex Usher. Sheree is shocked when Monica turns against her and starts laughing at her while she is trying to defend herself. Sheree announces that she is over the conversation, and leaves.

Monyetta meets up with Christina for coffee, to see how she has been doing since they went to the self-defense class at the gym. Christina admits that her ex abused her and always went for her throat, which is why she was so upset when the instructor was demonstrating choking. Christina opens up to Monyetta and says that she wasn’t a victim, she is a survivor. She admits that she speaks at Atlanta schools to teenagers about dating and domestic abuse.

Tameka is stressed about planning the 5K for her late son’s birthday. She freaks out on her personal assistant Greg and insists that he isn’t efficient enough and he hasn’t handed out any flyers and didn’t go to the church event where 8,000 people would be to promote the charity. Greg argues that he doesn’t get paid enough to work on the weekends. Tameka screams “newsflash, the 5K is on the weekend.” She goes on a tirade and screams that he is a dumbass and he needs to get out of her office.

Monyetta is shopping for venues for an event she is planning to celebrate women and their independence. She explains to her business managers Khalihah that she is honoring her friends that were there for her during her divorce, and now she is honoring Christina too since she learned that she is a domestic abuse survivor and talks to kids about domestic violence.

Sheree meets up with Torrei and fills her in on her drama with Monica and Tameka. She explains that Tameka told her “there is an arena of people that can contest to her promiscuity.” She argues that she can count on one hand the number of people she has slept with since she was divorced, and Monica has been her best friend for twenty years and she turned on her. Sheree rants that Tameka thinks she is so much better than everyone else.

It’s time for Monyetta’s event, Tameka arrives while Monyetta and Sheree are getting their hair and make-up done and jokes that NeYo is Monyetta’s financer. The event goes off without a hitch, and NeYo even makes an appearance. Monyetta takes the stage and begins introducing the women that she is honoring for their positive work. Everyone raves about how great the event was.

The next day Sheree pays Monica a visit, she wants to talk about what happened the other night with Tameka. Monica insists that she didn’t say anything to Tameka about Sheree sleeping around, Sheree breaks down in tears and wants to know why she didn’t have her back and why she let Tameka play her. Sheree reassures her that she does have her back, and doesn’t think she should be so worried about what Tameka says or thinks about her. Sheree says that she believes Monica has her back, and Tameka is just messing with her head, they make amends and decide going forward they aren’t going to let Tameka or anyone else come between them.

Tameka decides to have the girls over for a “new beginnings party,” to show off her new house. Sheree decides to go so that she can confront Tameka in front of all of the other girls about all of the rumors she has been spreading about her. Tameka explains that her house was “too open” like some girls, Torrei stops her and calls her out because she knows that little jab was for Sheree. Tameka argues that she just has a different sense of humor than most people. Torrei calls her out and demands to know why she thinks she is much better than her and the rest of the girls. She says that she doesn’t think she is better than them, she just thinks that she is different. She argues that she has suffered more pain than everyone else.

Tameka explains that between her divorce, losing her son, and having her friends betray her, she has some serious trust issues especially when it comes to other women. Tameka jokes that she has to keep her eye on women, especially Sheree. All of the women are disgusted with Tameka and walk out of her house, Sheree rants about how much she hates Tameka and she is suck of her “narcissistic ass.”