August Alsina Faints on Stage During “Numb” Performance In NYC – Rapper Taken To Hospital On Stretcher! 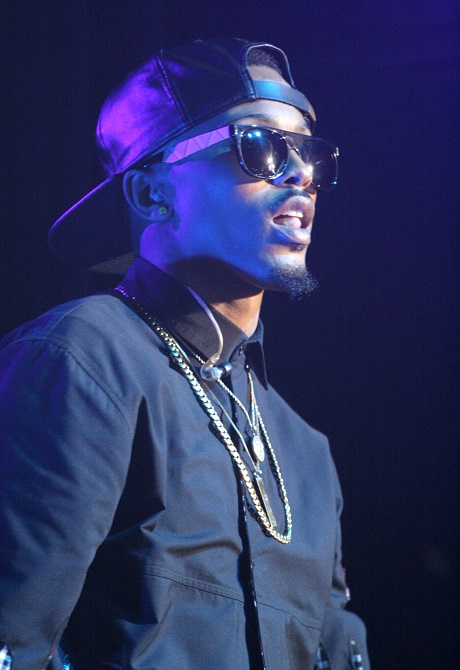 Rapper August Alsina was rushed to the hospital last night after collapsing off the stage during a concert. BET’s “best new artist” winner was performing his song “Numb” at Irving Plaza in NYC when he slumped over and fell into the crowd.

Witnesses say the 22 year old was completely unconscious. Security guards quickly responded to the incident and took the rapper backstage. Paramedics soon arrived on the scene and escorted him out of the building on a stretcher. However, fans also say he was alert and able to wave while on the stretcher.

Details and the cause of the collapse remain unknown. Several fans reported that earlier in the day, August mentioned he hadn’t had a chance to eat and was complaining of an upset stomach.

August has been extremely busy as his career and fame continue to rise. He launched his Testimony Live Tour in August, which is set to end on Sept. 21. He just released a new video featuring Nicki Minaj and he is slated to join Usher on tour in November. The scary moment left fans worried and a little freaked out. Many tweeted their concerns and posted the fall on Instagram, Vine, and YouTube.

“They just put @AugustAlsina in the ambulance he is moving & talking. He going to be he on the way to the hospital #TestimonyLiveTour,” one fan wrote.

“At the #AugustAlsina concert in NY @ he really just passed out on stage… Ironically doing “Numb”… Wtf.. hope he’s goof though,” another audience member tweeted.

We hope he makes a speedy recovery.