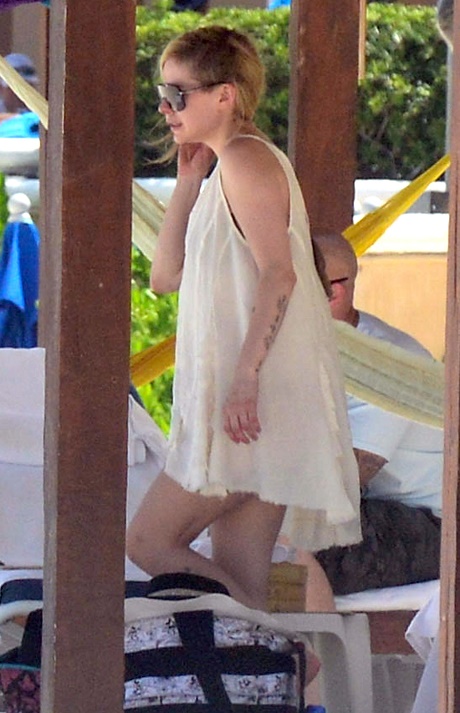 As CDL warned you several months ago, Avril Lavigne and Chad Kroeger are getting a divorce. The couple is de-facto separated, wedding rings are off already, and divorce is just a matter of time. Chad and Avril have been married for fourteen months, but it’s a miracle that they’ve even lasted that long. Of course, the former pop princess and king of douchebaggery have always had a ticking clock on their ill-fated romance, and US Weekly reports that a divorce is imminent.

Is this a surprise to anyone? For one thing, fourteen months is way longer than I pegged these two to last. But they made it past a year, and now they’re done. As a L&S explains, “It’s over. He has been going around LA and telling people that they’re divorcing.”

There has been evidence building to this for a while now, especially as Avril was photographed without her wedding ring at the Chateau Marmont a few months ago. Then, she and Chad their one year anniversary in July, but Avril ended up deleting the Twitter picture of them posing together.

Um yeah, have you SEEN his music videos? Chad Kroeger, a jerk? You don’t say [sarcasm]! However, there’s apparently no ‘timeline’ for a divorce as of yet, which means that Avril and Chad will continue passive aggressively taunting each other with lyrics at home. Ok, that probably doesn’t happen, but I wouldn’t put it past Chad to write a single calling out Avril for betraying him or something of the sort.

If Avril gets divorced, this will mark her second failed marriage. Maybe she needs to think twice before getting married next time? Or maybe just take a second look at her partners?