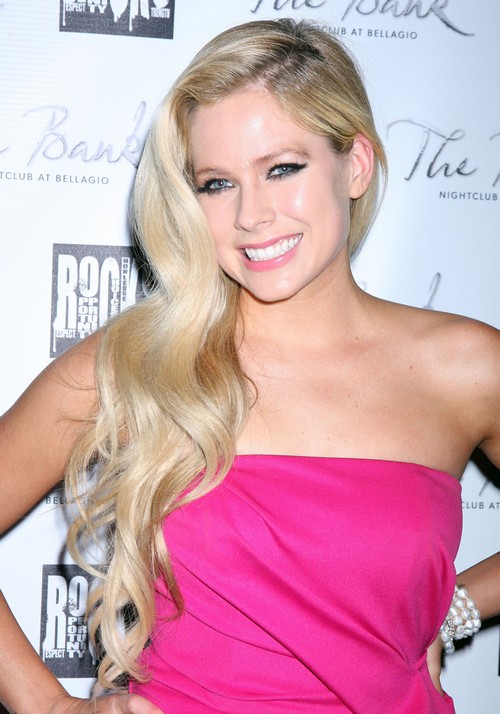 It’s no secret that Avril Lavigne and her husband of almost two years Chad Kroger broke up this fall and are in the midst of a divorce. The rumors were confirmed when Chad didn’t show up to Avril’s September birthday, and the punk rock princess partied the night away completely single and sans a wedding ring. Chad is rumored to be loving the single life and has been spotted out and about with numerous women and partying into the wee hours of the morning. But, Avril is not taking the divorce as well as her soon to be ex-hubby, and according to the latest reports she is headed to rehab.

The December 29th edition of Star Magazine reveals, “The buzz in her inner circle is that she’s been in rehab for depression and substance abuse issues. Avril was an emotional wreck over her marital problems, and she turned to partying to deal with the pain.” The punk rocker feels like a complete failure in love, and her string of failed romances and marriages is beginning to take its toll on her. Not to mention, her career is on a downward spiral as well.

To add insult to injury, Avril Lavigne took to Twitter and revealed to her fans that she is suffering from mysterious “health issues” and asked them to pray for her. It’s unclear if said health issues are a a result of her extreme partying, or completely unrelated. Do you think that Avril will stay in rehab, or will she check herself out and keep partying and not taking care of herself? Considering her track records what are the odds of her turning her life around? Let us know what you think in the comments below!