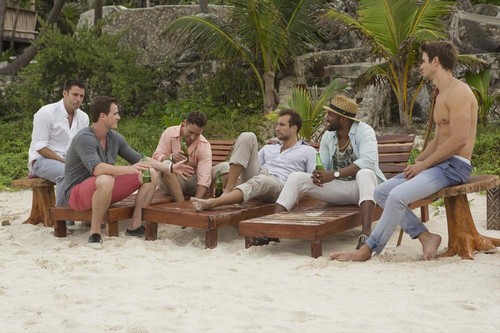 Season 10 of The Bachelorette has finally come to a close, and Andi Dorfman and Josh Murray may be riding off into the sunset together, but we haven’t seen the end of some of Andi’s guys. A new addition to the Bachelor Franchise, a spinoff titled Bachelor in Paradise, is set to air on Monday, August 4th. According to Bachelor in Paradise spoilers, five of Andi’s guys — Marquel Martin, Dylan Sprouse, Tasos Hernandez, Marcus Grodd, and Cody Sattler — will be appearing on the new reality series.

According to Bachelor in Paradise spoilers, all hell breaks loose in Mexico when Bachelor and Bachelorette alums come together for a last ditch attempt to find love. The series will start with eight women and six men, there will be rose ceremonies during every episode, and the man or woman who doesn’t receive a rose will be sent home. However, after every rose ceremony, a new man or woman is brought in to the mix and the process starts all over.

So, will there be a winner of Bachelor in Paradise? Well, yes and no. At the end of the series there are six couples remaining and Chris Harrison gives them an ultimatum: they can either go on a fantasy suite date together or break up. Overall, Bachelor in Paradise sounds super complicated, and considering all the damaged men and women participating on the show, the odds of anyone finding “true love” are slim to none. However, according to Bachelor in Paradise spoiler videos, the reality show is definitely going to be entertaining.

According to Bachelorette in Paradise spoilers, there will be fights, hook-ups, arrests, and even someone being carted off in an ambulance. Translation: Bachelor in Paradise will feature all of the components of a train wreck, and we won’t be able to look away from it this summer.