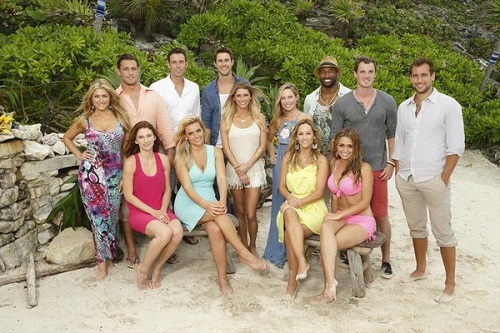 Bachelor in Paradise season 1 is just around the corner, with a scheduled premiere date of Monday, August 4th. Like The Bachelorette and The Bachelor, the premise is inherently simple: Throw some eligible bachelors and bachelorettes together and hope to heck they fall in love with each other — and generate some juicy drama along the way. The contestants will be eager to find love this season and, when they arrive in Tulum, Mexico, they’ll be greeted by host extraordinaire Chris Harrison.

After the cast has a fun little welcome soiree, Chris Harrison gives them a heaping dose of reality, telling them the overarching rule of the competition: At the end of the week, the individuals who are not in “relationships” (I suppose that term is used loosely) will be sent packing and airlifted out of Love Paradise ASAP. What, you didn’t think these fools would be getting a free ride in paradise forever, did you?

This week, the men will be handing out the roses to the lovely ladies with whom they’d like to spend some more time with. The unfortunate souls who do not receive a rose will be, erm, nixed.

According to an ABC press release, the tension between the girls, each vying for that coveted rose, is going to generate some major drama:

“Throughout the week, date cards arrive for four lucky women who get a chance to ask out a man they’d like to spend time with, though it’s not without causing drama. Clare is the first to get a date card but when she asks out a certain bachelor, one of the other women in the house stakes her claim and persuades Clare to un-invite him. In order to appease her, Clare decides to ask out Robert. Together they visit the ancient and majestic Tulum Ruins where they explore the historical landmark and frolic in the crystal clear ocean.

“Later, Sarah receives the second date card and asks out Marcus who, unbeknownst to her, may be smitten by another woman. Marcus accepts and the couple travels to Coba where they rappel into Tankah -ha Cenote, a beautiful underwater sinkhole where they share a kiss! A third date card goes to an unexpected surprise arrival who invites Marquel to go horseback riding along the romantic beach of Playa del Carmen. Lastly, the fourth date card goes to Lacy, who struggles to decide which of her two suitors to take.”

Here’s the complete list of individuals looking for love in paradise this season:

Are you excited for this new Bachelor/Bachelorette spin-off competition series? Keep checking CDL for all of your latest Bachelor in Paradise spoilers, including your detailed recaps, which will be posted during the EST airing of the show.