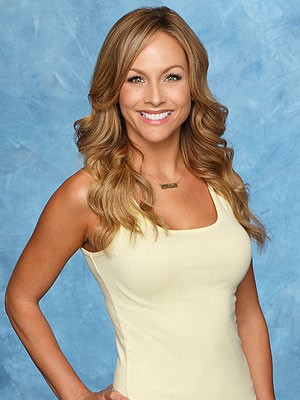 We are only four episodes in to Season 10 of The Bachelorette, but fans are already buzzing about the next Bachelor franchise production, a reality series titled Bachelor In Paradise, scheduled to air August 2014. ABC has been tight-lipped regarding the new series, and details are few and far between. However, yesterday, the network released the names of the Bachelor and Bachelorette alums who will be appearing on the new reality show.

According to People magazine there are thirteen familiar faces scheduled to appear on Bachelor In Paradise, which is currently being filmed in Mexico. The contestants include two women from Juan Pablo’s recent season of The Bachelor: runner-up Clare Crawley and Elise Mosca. Clare needs no introduction considering she was in Juan Pablo’s Final Two; Elise Mosca was eliminated fairly early. Though everyone remembers her for refusing to take her clothes off for a photo-shoot but having no problem starring in a weird soft-porn called “Yuletide Hotties.”

According to Reality Steve and his extensive spoilers, there is a lot more going on in Mexico than what meets the eye. The infamous blogger reports that ABC only released half of their cast, and there are another dozen Bachelor and Bachelorette alums currently filming Bachelor In Paradise in Mexico. Reality Steve mentioned that Chris Bukowski, Kalon McMahon, Zack Kalter, Jesse Kovacs, Michelle Money, Lucy Aragon, Danielle Ronco, Amy Long, Christy Hansen, Tierra LiCausi, and Shannon Gibbons are also in Mexico right now.

Chances are you are probably as stumped as we are about Bachelor In Paradise? What on earth could they be doing that requires such a huge cast, and why did ABC only release half of their cast? According to spoilers floating around the internet, there will be no Rose Ceremonies in Mexico and no grand prize at the end of the season. What do you think Bachelor fans? Will you be tuning in to Bachelor in Paradise on August 4th? Let us know in the comments below, and don’t forget to check out all of our Bachelorette recaps and spoilers.