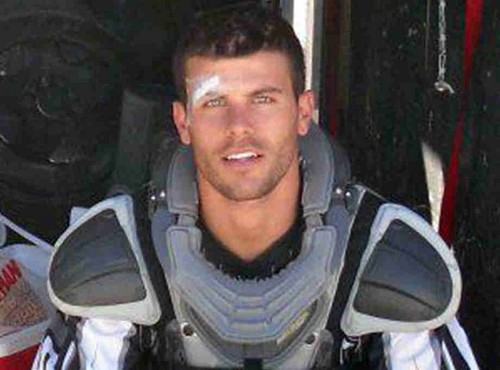 Bachelorette fans are in for a treat the week of June 1st, back to back episodes of the reality series are set to air on Sunday and Monday. Episode 4 of The Bachelorette is set to air on June 2nd, and according to Bachelorette spoilers will take place in Connecticut, and Andi Dorfman will narrow her search for love down to eleven eligible bachelors.

Andi Dorfman and her thirteen potential husbands will travel to Connecticut, and Andi will take Dylan Petitt and Marcus Grodd out on 1-on-1 dates. According to Reality Steve (infamous blogger and Bachelorette spoiler), Andi and Dylan will spend a romantic day on the Essex Steam Train together. The next day Andi will head to Mohegan Sun with Marcus and they are rumored to rappel down the side of the huge casino and dance the night away at a private concert performed by Jon Pardi.

Bachelorette spoilers tease that Andi will also take eleven guys on a group date during Episode 4, to plays basketball against each other. The losing team is forced to return to the hotel without Andi, and the winners get to spend some quality time with the Bachelorette.

Andi will eliminate two guys during their trip to Connecticut, Tasos Hernandez and Eric Hill. Bachelorette spoilers tease that Eric Hill causes some sort of altercation while they are in Connecticut, and Andi actually eliminates him before the Rose Ceremony.

For those of you who don’t follow The Bachelorette closely, Eric Hill actually passed away last month after a tragic paragliding accident, so it will be interesting to see how ABC airs the incident involving him. If it were any other guy they would probably capitalize on the drama and make him look bad in the process, however considering Eric Hill is no longer with us that would be in poor taste for the network.

So Bachelorette fans, what do you think about Andi Dorfman eliminating Tasos Hernandez and sending Eric Hill home? Do you think that they should have been sent home sooner, or did Andi make a huge mistake? Which guy are you rooting for this season of The Bachelorette? Let us know in the comment section below, and don’t forget to check CDL for all of your Bachelorette spoilers.