The Bachelorette 2014 Season 10 Spoilers: When Is Tasos Hernandez Eliminated by Andi Dorfman? 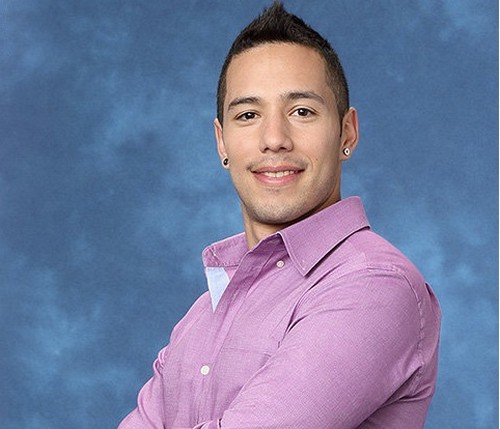 Bachelor Nation is gearing up for another round of The Bachelorette, Season 10 premieres on ABC on Monday, May 19th. Twenty-five men will be arriving at the Bachelor mansion during the Season 10 premiere, and by the end of the night Andi Dorfman will send six of those men home, narrowing her search for love down to nineteen lucky guys. Of those nineteen lucky guys hoping to win over Andi’s heart is 30 year old Wedding Event Coordinator Tasos Hernandez, hailing from Denver, Colorado.

Unfortunately, it doesn’t look like Tasos will be coordinating any wedding between himself and Bachelorette Andi Dorfman. Tasos’ stint on Season 10 of The Bachelorette is brief, and according to Bachelorette spoilers that have been released, the Colorado native is eliminated at a Rose Ceremony during Episode 4 in Connecticut.

Tasos does get to participate in three group dates before Andi sends him packing. In Episode 2 he joins his fellow bachelors dressed as a sexy army man at OHM Night Club where they strip on stage for charity, during Episode 3 he performs with twelve other guys on a group date with Boyz II Men, and during Episode 4 he joins his fellow bachelors and Andi Dorfman for a basketball game.

So Bachelorette fans, are your surprised that Tasos Hernandez makes it all the way to Episode 4 before Andi Dorfman eliminated him? Or, are you shocked that she didn’t send him home sooner? Let us know what you think in the comments below! If you wish to see who wins this season 18 of The Bachelorette then click here!