Bachelor In Paradise Spoilers Week 4 Episode 5: AshLee and Clare Cat Fight – Who Arrives and Who Leaves? 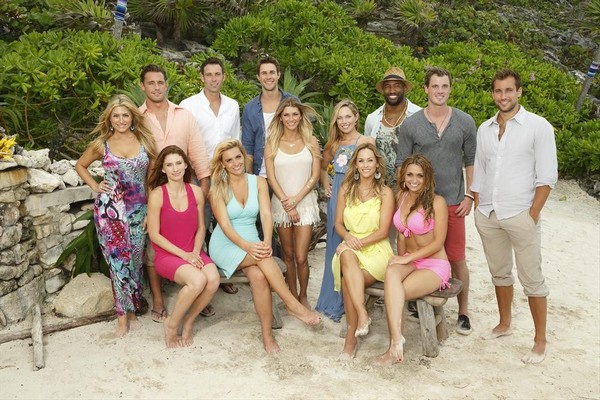 On Monday August 25 and all new episode 4 of Bachelor In Paradise is set to air on ABC. According to Bachelor in Paradise spoilers, during Week 4 the men will be asking the women out on dates, and the women will be handing out the roses at the rose ceremony. Spoilers tease that three new men will arrive in Mexico: Kalon McMahon (from Emily Maynard’s season), Cody Sattler (from Andi Forman’s season), and Jesse Kovacs (Jillian Harris’s season).

According to Bachelor In Paradise spoilers, Cody and Kalon have a tough time scoring dates when they arrive in Mexico. After Clare Crawley turns him down, Cody generously gives his date card to Marcus and Lacy to enjoy. No one wants to go on a date with Kalon McMahon either, and he winds up going on his date alone. Jesse Kovaks has his eye on Jackie Parr, and whisks her away on a 1-on-1 date despite her obvious connection to Marquel Martin.

Bachelor in Paradise spoilers tease that all hell breaks loose before the Week 4 rose ceremony, when a cat-fight ensues between Clare Crawley and AshLee Frazier. Their argument causes Graham Bunn to walk out of the rose ceremony, and a major meltdown from AshLee Frazier. At the end of the Week 4 ceremony, we will say goodbye to at least two of the guys. Kalon McMahon leaves the series in the same episode he arrived, and in a shocking twist Jackie Parr reportedly gives her rose to Jesse Kovacs over Marquel Martin, sending Marquel home.

Have you been tuning in to the Bachelor spin-off series this summer? Who are your favorite couples? Are you shocked that Marquel Martin will be leaving? And what do you think about AshLee Frazier’s crazy fight with Clare Crawley? Let us know what you think in the comments below and don’t forget to check CDL for all of your Bachelor In Paradise spoilers and recaps.