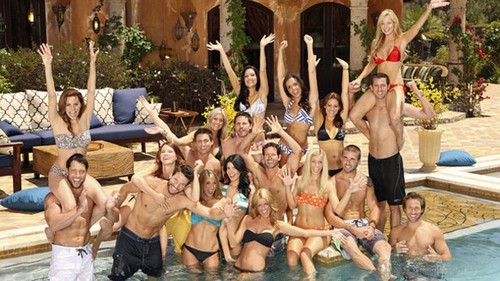 Bachelor In Paradise spoilers for episodes 4 and 5 tease a ton of drama coming up during Week 4 of the reality TV series, so much drama that it is going to take two nights to air it all. According to spoilers there will be a Bachelor in Paradise episode on Monday August 25th and Tuesday August 26th, and fans don’t want to miss them! One would think that since Elise Mosca hopped a crazy train out of Mexico and went home with player Chris Bukowski that things would settle down in paradise, but it turns out that isn’t the case.

According to Bachelor in Paradise spoilers, during Week 4 of the series all hell breaks loose in Mexico. AshLee Frazier is basically a ticking crazy time bomb. We all knew it was only a matter of time before she officially went over the deep end. Frazier arrived in Mexico and announced that Graham Bunn was “her’s” and she threw a fit when Clare tried to take him on a date and made it very clear no girl there was allowed to date Graham but her. Ready for the crazy part? AshLee Frazier has never even met Graham Bunn before, she just follows him on Instagram and knows from his pictures that they are meant to be together forever.

Bachelor in Paradise spoilers for Week 4 also tease that some new faces arrive in Mexico, including Kalon McMahon, Jesse Kovaks, and Cody Sattler. Cody and Michelle Money hit it off instantly, and Jesse steals Jackie Parr from Marquel! According to Reality Steve’s Bachelor in Paradise spoilers, Kalon asks basically every woman in paraise to go on a 1-on-1 date with him and they all refuse. Rumor has it that at the end of Episode 4, Kalon and Marquel both leave paradise.

How are you liking Bachelor in Paradise so far? Do you think AshLee Frazier is certifiably crazy, why do you think that she runs off in to the jungle? Are you shocked that Marquel didn’t find love? Let us know what you think in the comments below and don’t forget to check CDL for all of your Bachelor IN Paradise spoilers and recaps.