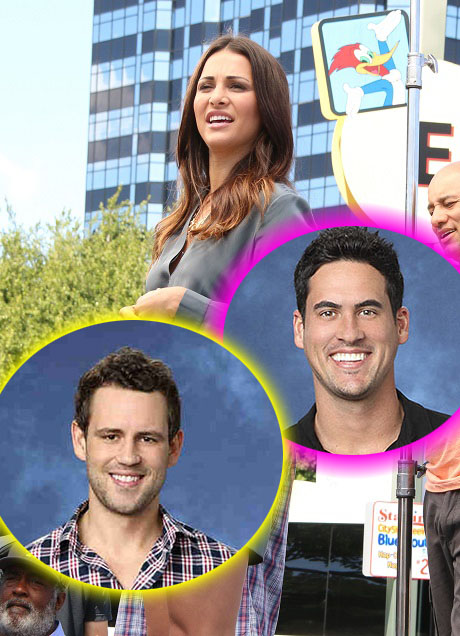 Fantasy suite dates have always been a controversial part of The Bachelorette and The Bachelor. After weeks of dating over a dozen guys and some seriously intense make-out sessions, Andi Dorfman will finally get to spend a night alone with Nick Viall and Josh Murray behind closed doors — sans camera crew.

Tabloids already revealed weeks ago that Andi Dorfman slept with both Nick Viall and Josh Murray during their back-to-back fantasy suite dates. And, apparently, Nick Viall didn’t bring his “A Game,” because after being a frontrunner for the entire season, Andi did a complete 360 degree turn and decided to give her final rose to Josh Murray.

Nick Viall basically had the contest in the bag, and everyone knew it, but something happened in the fantasy suite that sent Andi Dorfman running in the other direction and choosing Josh Murray at the last minute. We weren’t there, and neither was the camera crew, so we will never know what happened. But, judging from the fact that we know Andi had sex with Nick and Josh, it’s safe to assume that Nick’s bedroom skills didn’t hold a candle to Josh Murray’s.

What do you think, Bachelorette fans? Why do you think Andi changed her mind at the last minute and gave her final rose to Josh Murray instead of Nick Viall after fantasy suite dates? Is it because Josh was better in bed than Nick? Let us know what you think in the comments below and don’t forget to check CDL for all The Bachelorette season 10 spoilers and recaps.