The Bachelorette Andi Dorfman And Josh Murray Feuding Over Pregnancy And Babies – Will TV Wedding Be Cancelled? 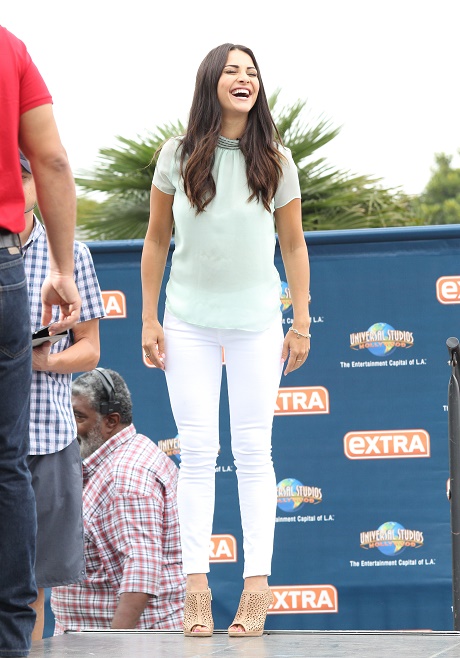 Bachelorette Andi Dorfman and winner Josh Murray have been spamming social media with their wedding plans and trying to drum up as much publicity as possible. But the couple has been reportedly fighting since the season finale of the show, and it is anyone’s guess whether they make it down the aisle. Multiple reports reveal that one of the many things the couple doesn’t see eye to eye on is children, and whether or not Andi Dorfman will get pregnant any time soon.

Josh Murray is a sucker for love. He assumed that when he got down on one knee and proposed to Andi that after she said “yes” they would ride off into the sunset like every other Bachelorette couple and get married and begin popping out little Bachelorette babies. But little did he know that his new fiancé had no intention of riding off into the sunset and drifting into Bachelorette obscurity — and getting pregnant would just get in the way of her new celebrity status.

It’s always been this unspoken Bachelorette rule: you get married, do a few appearances, start a blog that no one ever reads, and return to your mundane lives. But Josh’s fiancé, Andi Dorfman, has no intention of returning to her mundane life and is determined to stay in the spotlight as long as possible and score another reality TV show. Josh and Andi have been fighting for quite a while about whether or not they will have children. Josh even revealed in a recent interview with Hollywood Life that he wants Andi to get pregnant ASAP — and Andi made it very clear in the same interview that babies were not coming anytime soon.

The fact that Andi is refusing to actually start a family with Josh Murray soon is just another obvious sign that she is planning a wedding for fame and money, not because she is madly in love with her fiancé.

What do you think, Bachelorette fans? Is it fishy that Andi is refusing to even consider getting pregnant? It’s not like she has a career she doesn’t want to give up. Why is she so hesitant to have children with Josh Murray? Do you think they will even make it down the aisle? Let us know what you think in the comments below!