Barbra Streisand And James Brolin Reveal The Truth About Their Marriage 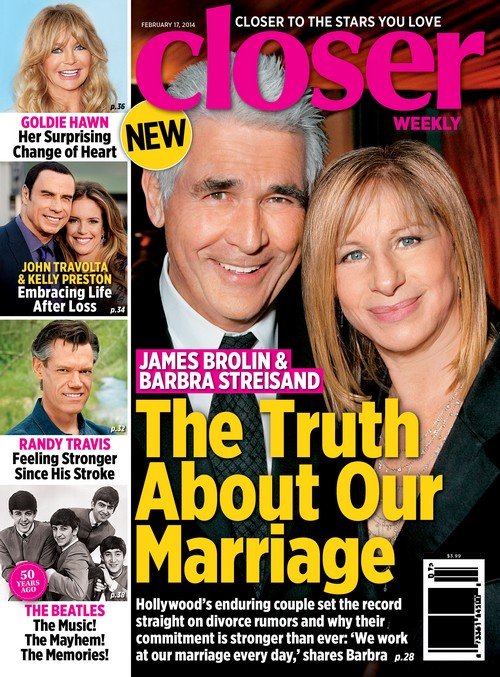 James Brolin and Barbra Streisand have been together for a long, long time, which is one of the biggest reasons why it was so surprising to hear rumors about their impending divorce. Sure, James cheated on his previous wife, but this Barbra Streisand! Nobody in their right minds would cheat on Barbra Streisand, right?

Well, maybe. The saying ‘once a cheater, always a cheater’ doesn’t necessarily come out nowhere, but whether James and Barbra were having marital issues or not, they seemed to have put it behind them. According to the new cover issue of Closer Weekly, James and Barbra set the record straight about their marriage, adding that their commitment is stronger than ever.

Closer also has a feature on John Travolta and Kelly Preston, and how they’re managing with moving on after the devastating loss of their son. Obviously, any parent suffering from the loss of their child will take a long time to recover, if they ever truly do. John and Kelly are holding up as well as they can in these circumstances, and they do have the support of their friends and family.

Finally, Closer also has a retrospective look at the Beatles fifty years ago, and the constant mayhem that followed them everywhere. Do we really have an equivalent to that now? And please, nobody say One Direction.