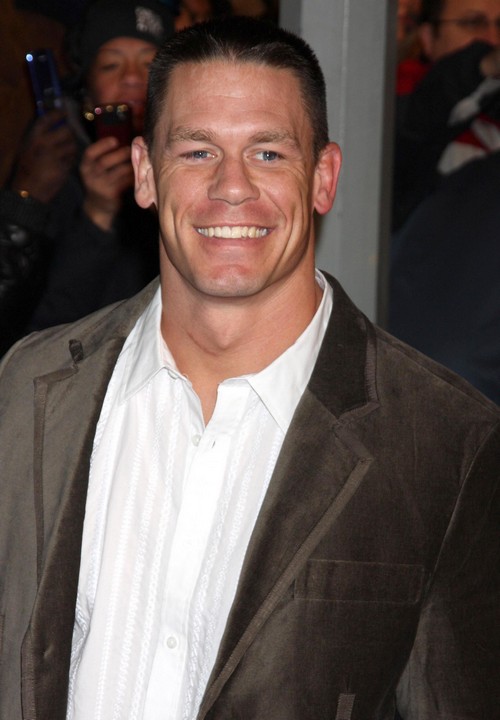 With WWE Summer Slam right around the corner and Brock Lesnar’s return looming on the horizon, few people actually expected John Cena to lose tonight at Battleground 2014. It is widely believed that Cena and Lesnar are set to do battle for that event. Still, the WWE did a wonderful job of keeping everyone in suspense throughout the championship match between John Cena, Randy Orton, Kane and Roman Reigns. Every man was allowed to look good for a significant portion of the match and every man looked as though they might win at one point or another. With a fatal four-way match, that is the best that you can hope for. In the end, Cena won the match and set up what is expected to be a fairly huge match next month.

Although Brock Lesnar will be a great opponent and Paul Heyman has already teased his return on Monday Night Raw, some people feel as though a change would’ve been more exciting moving forward. I for one would love to have seen Brock Lesnar versus Roman Reigns. I do however understand why they waited to put the strap on Reigns…he is far too green and still has a lot to learn before he slides into that face of the company role.

Kane would have been another interesting champion and it would’ve been completely unexpected. Brock Lesnar vs Kane would have been a very odd matchup to be sure. With the same old champions month after month, I would actually welcome an odd matchup every now and then. Kane certainly has earned the right to have a championship run and I hope that happens for him before he passes the torch to some other young demon. This would’ve been a perfect time to do it. Daniel Bryan is out of action and the WWE championship seems to be up in the air to a degree. We should be in the era of Daniel Bryan except for the injury.

From here, it is likely going to be revealed on Monday Night Raw that Brock Lesnar is coming for Cena. It is unclear whether or not The Authority will involve themselves with Lesnar and Heyman. Triple H swore that he would not allow anyone other than Authority members to take the belt at Battleground. Clearly that is not the case and will be addressed on Raw.

The wildcard in all of this is Seth Rollins. With Rollins carrying around the Money in the Bank briefcase, nobody really knows what might happen. Will he cash in on Monday Night Raw? We will have to wait and see. Until then, John Cena continues to be the WWE world heavyweight champion.

Heading into Battleground 2014, one of the most unpredictable matches involved the Battle Royal to determine a new Intercontinental Champion. There were countless favorites among the many participants and nobody really knew who would walk out the champion. A returning Miz was my pick to win it all and win it he did. In true heel fashion, the Miz eliminated Dolph Ziggler and became Intercontinental Champion once again.

The Intercontinental Title was only available because Bad News Barrett was injured and had to give it up until he returns. Barrett actually announced the start of the match and warned that whomever won was only keeping it warm for when he returned. He promised a nice bull hammer to whomever was lucky enough to win after he returns. Many think that Barrett will turn face when he comes back. If Miz is wearing the belt he probably will. Miz is hated by everyone it seems at the moment. Also, Barrett was already becoming more and more popular before his injury. Time will tell.

In the meantime, The Miz can continue to build his heat with the new Hollywood persona he has going. Never one to sit still, his new gimmick is basically his old one but with some refining. Over time Miz has become quite a good performer. In time, that should translate to bigger and better things.

What would be excellent would be if WWE continues to put heavy emphasis on the Intercontinental Championship. For a long time, it was really tarnished by a lack of clout and very little fanfare. There was a time when the IC belt was second only to the WWE Championship. While that is still technically true, it is not nearly as marked as it once was.

Upcoming feuds for The Miz might go anywhere, but the logical one would be Dolph Ziggler. Ziggler once again played the bridesmaid as he was the last wrestler in the ring before The Miz eliminated him.

Miz spent the vast majority of the match hitting and running. He would sneak into the ring and try to eliminate someone, only to be rebuffed and throw to the outside. Each time he was careful to go under the bottom rope so as not to be eliminated. Each time he was thrown out, he would lay on the floor and play possum. This allowed the others to eliminate one another until finally it was down to Sheamus and Dolph Ziggler, with Miz on the outside lying on the floor.

Dolph eliminated Sheamus with a great drop kick to send Sheamus off the apron when Sheamus attempted to come in via the top rope for a shoulder block. Ziggler then collapsed to the ropes thinking he had secured the win. The Miz then slid into the ring and threw Ziggler easily over the top for the win.

This heel move solidified the fact that Miz will not be a tweener in the card. He is a bonafide heel and will be portrayed as such from here forward.

One can only hope that when Barrett returns, he will get his shot at whoever is champion. Until then, The Miz is champion once again.