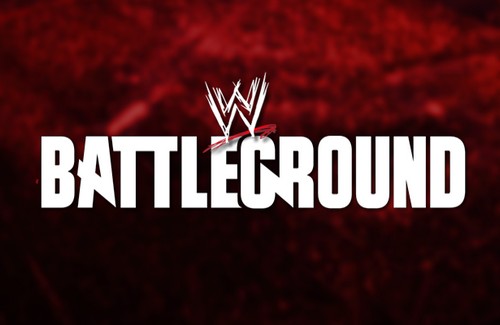 Sunday night in Tampa Bay, WWE will put on the Battleground PPV. This PPV is the one leading up to SummerSlam, and it will likely show the company’s hand moving forward. Battleground could very well set the stage for the rest of the year. There are a ton of feuds that could go either way and that is often the precursor to a great PPV experience. Here is a look at the card along with predictions on how I see them breaking down:

This particular main event match is unfortunately very predictable. John Cena is set to take on Brock Lesnar at SummerSlam if the rumors are true, so his losing the belt would make no sense at all. Despite this, a great showing by Roman Reigns could solidify his spot in the main event scene going forward.

If you had told me Jack Swagger would be white hot going into this PPV, I would have said you were nuts. This guy has risen from the dead in large part due to the ravishing Lana working the crowds into a frenzy with her anti-American blather. Now, he gets to see the power of Rusev up close. I expect that Swagger will win the battle, but Rusev will get the official win. He is headed for superstardom and a major push soon.

Although Y2J is a major talent and megastar, Bray Wyatt is one of the biggest young stars to come along in years. He has grown organically into a star that everyone wants to see and his feud with Y2J will only enhance that. Expect this one to be very indecisive. I expect no winner and perhaps a family beat down. Jericho may win via DQ, but the feud will go on.

Ambrose has actually managed to get over in recent weeks and Rollins has been off the chain since winning the Money in the Bank briefcase. Rollins and Ambrose will be a hot match that might just steal the show. In the end, I expect the bad guys to continue their dominance for a bit longer.

The Usos vs. The Wyatt Family

These guys have absolutely lit the tag team division on fire and the Usos have developed into a legitimate star team. Harper and Rowan are also rising stars whose time has come. It is time to move the belts to a new team and have the Usos chase them for a bit. I expect a rematch at SummerSlam where the Usos may get the belts back.

Prediction – The Wyatts steal the belts

Don’t look now, but the Divas division actually has gotten watchable again. Expect this match to shock and excite the crowd. Lee and Paige are capable of things the other Divas only dream about in between the ropes. This one will be a shocker for many reasons. The feud will escalate going into late summer.

What an awesome situation this battle royal has created. Unfortunately, it came at the cost of a red hot Wade Barrett. That said, nobody really knows who will win this Intercontinental matchup. That makes for awesome television. I expect Bo Dallas to step up and surprise everyone with a huge win.

Unfortunately, this is a very poor feud with few people even aware it is going to be on the opening card. What should have been an awesome feud was poorly executed and now they face a tough match to sell. Hopefully this will die down afterwards and they will move on to something more interesting.