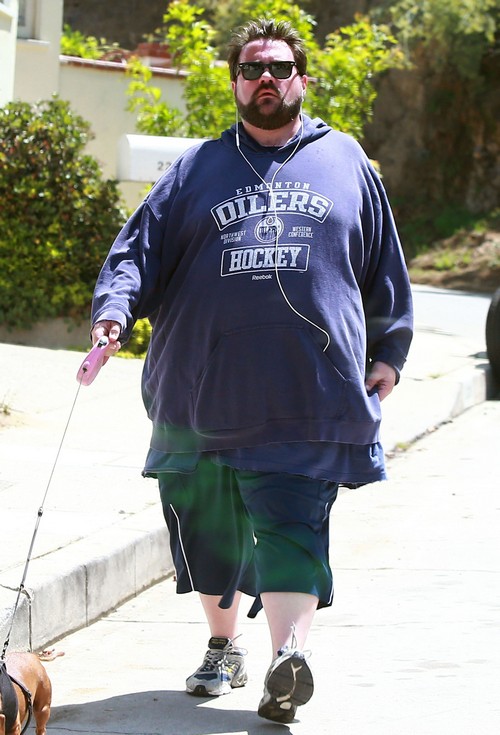 Lots of boy drama today, isn’t there? It’s actually a refreshing change of pace, considering that feuds between women is all we usually hear about. This time around, Kevin Smith has publicly dissed his once-BFF Ben Affleck, who he literally gave his big break to. For those who don’t know, Kevin was the one who championed Good Will Hunting until it became a movie. He was instrumental in getting that movie made, and therefore directly responsible for Ben Affleck’s and Matt Damon‘s screenwriting Oscars. Ben Affleck would be nowhere without Kevin Smith, but how does he repay that? Oh, apparently by not speaking to him anymore.

Kevin was asked about whether he saw Ben during Comic-Con [Ben was on hand for the Batman vs. Superman panel], and Kevin’s response was: “I don’t know, because we’re not f-cking tight. I have not been [close with him] in decades. That’s old Ben. He’s got a wife that don’t care for me at all [Laughs]. And plus, honestly, he probably don’t care for me at all anymore. He’s a triple-A-list movie star and s–t like that….”

Says a little something about Ben, doesn’t it? The fact that Ben got an Oscar and then became too big for his britches isn’t surprising, to be honest. Plus, it’s pretty clear that Jennifer Garner rigidly controls who her husband spends time with, just as Ben controls who his wife spends time with. They’re not allowed to spend too much time with the opposite sex, and they’re not allowed to have friends that don’t fit the A-list elite? It’s telling that in the past ten years, Matt Damon has been the only person that has stuck  by Ben’s side, apart from his own wife. Maybe the Afflecks need to broaden their horizons, no?