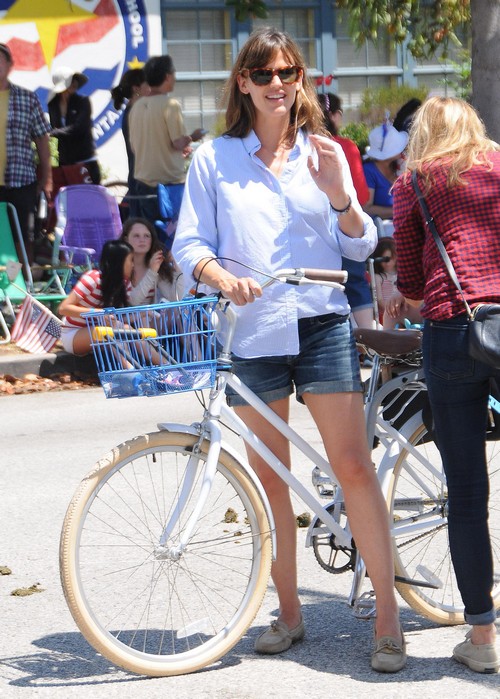 For once, the tabloids are gender-swapping the roles and making Ben Affleck the jealous one. It’s about time, right? According to recent reports, Ben Affleck’s jealousy is becoming difficult for Jennifer Garner to handle, which could be reciprocated and applied to either half of the relationship. It just seems like jealousy is a prevailing emotion in their marriage, doesn’t it? But then again, that’s what happens when you have a man who keeps cheating on his wife and doesn’t trust her to have any male friends.

A source tells Star Magazine, “When Jen’s on a movie set, he’s constantly calling and texting her. He goes into fits if he hears she’s getting too close with another guy.”

The source is Star Magazine and I wouldn’t be so quick to dismiss this story. Mark Ruffalo – one of the nicest and most honest men in the industry – recently revealed that Ben prevented his friendship with Jennifer because he was getting jealous. Mark and Jennifer got close while filming 13 Going on 30, but then their relationship just fizzled out – and now, we know it’s because Ben didn’t want Jennifer hanging out with Mark. If that’s how he felt all those years ago, I can imagine that those feelings have intensified in the past decade. It’s called guilt, Ben.

See, he cheats on Jennifer, and then he just assumes that she’s doing the same thing to him. He’s dealing with a classic case of cheater’s guilt, but it’s also making him into a giant hypocrite. If Jennifer can’t have any male actor friends, then he should stop flirting and hooking up with other actresses every chance he gets.