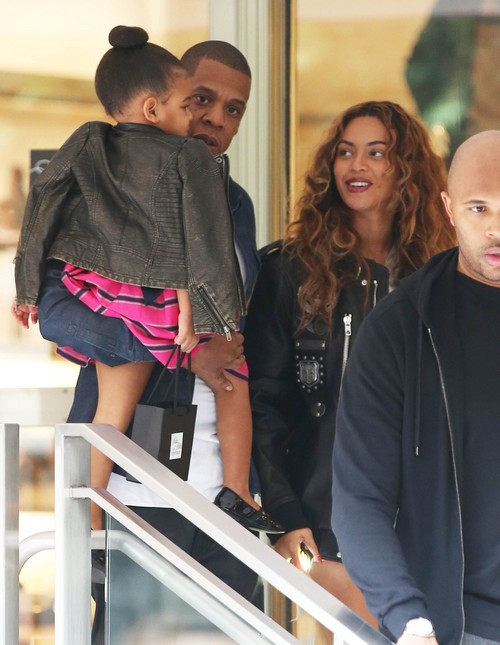 Beyonce attended her sister Solange Knowles’ wedding rehearsal dinner without her husband Jay-Z, thus furthering the divorce rumors that she and Jay are fighting and not doing as well as they would like us to believe. Are Beyonce and Jay-Z creating a farce of a marriage for the sake of the media or are they genuinely in love with one another? Rumors have previously made it out to sound like everything is hunky dorey between the high profile couple, but behind closed doors they have proven that they are not doing so hot.

Take for instance when Solange beat the crap out of Jay-Z in that elevator when she thought no one was looking. Clearly, there was something going on in that situation because of Solange’s actions. It is very likely that she felt that she was standing up for her sister in Jay-Z’s rumored cheating ways. That makes sense in the moment, as well, because it’s likely that Jay-Z didn’t show up to the wedding rehearsal because Solange asked Beyonce to leave the cheating piece of garbage at home. There is a reason behind Bey changing up the lyrics to songs about cheating – it’s because she has been living the lie and isn’t buying into her own fake marriage. Reportedly, these two have been in a business relationship for so long that they don’t even know how to act with one another when they are alone. They certainly WILL know how to fight when they inevitable divorce comes.

When Solange finally ties the knot with her fiance Alan Ferguson, she doesn’t want to see Jay-Z at the wedding celebration. Beyonce attended the wedding rehearsal at the Indywood Cinema in New Orleans looking a bit worse for wear. Wearing no makeup, the famous singer was looking tired as she apparently cobbled together a less than fabulous outfit for the outing. In fact, her hair looked so disheveled that we are guessing that she had no time in between fighting with her business partner husband that she didn’t get any glam time in. Her outfit says “okay, I tried”, but her face and hair say “homeless person.” It’s only a matter of time before Beyonce and Jay-Z are heading to Splitsville… Mark our words.