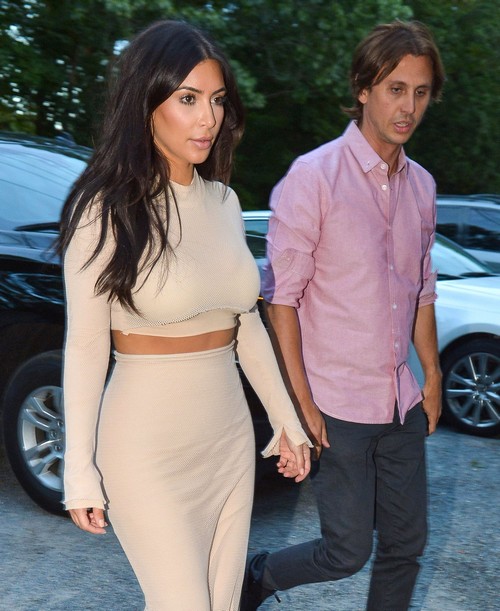 Hollywood is a funny place. A lot of times the truth in a situation doesn’t lie in the words spoken but it’s actually in what is left unsaid. Jay-Z and Beyonce spent the entire On The Run Tour trying to convince us all that divorce rumors were false and everything is just fine Sure, families fight and occasionally they get messy and beat each other up in an elevator- but look at this pic of us together… we are fine. We have seen them holding hands, popping bottles and most importantly sharing tender (and kind of staged) moments with Blue Ivy, so surely all is well. At least that is exactly what Bey, Jay-Z and their PR team has wanted us to believe.

The truth is that this marriage has been a sinking ship for years, with rumors that Blue Ivy was basically a band aid baby born with the hopes of rekindling the bond that the couple once shared. It didn’t work and now things are rocky for Bey, Jay and Blue. Beyonce dreads a Blue Ivy custody battle with Jay-Z and all the fallout that comes along with it. This tour has actually been a hot mess of arguments so intense that by the end Beyonce and Jay-Z weren’t just in different rooms but they insisted on being booked into different hotels! How do you do the happy family thing when you aren’t even on the same property? Exactly, those photos were as staged as their tour.

We have heard that Bey has apartment shopped in NYC without Jay and rumor has it that a flurry of attorney’s and marriage counselors couldn’t save this sinking ship. What is kind of ironic is that it was actually Kim Kardashian that kind of confirmed the divorce rumors as likely reality You know, Kimmie whose wedding Beyonce and Jay-Z were too good to attend? Don’t tell me that she didn’t enjoy getting a bit of pay back with Andy Cohen on Watch What Happens Live the other night!

Andy asked Kim about the divorce rumors and she simply said,“Oh, I don’t know, I mean…you always hope that nothing like that’s true, and you just wish them the best.”

Notice she didn’t shoot it completely down? Girlfriend knows what’s up because believe me, Kanye West is totally in the loop. If this rumor was untrue even Kim would have shot it down in hopes of climbing back into Bey’s good graces and maybe one day becoming real friends. Instead she was polite but basically added fuel to what we already kind of know is the truth.

Do you think Kim really was wishing these two well or does she think that people in glass houses shouldn’t have thrown stones? Tell us in the comments below!