Beyonce and Jay-Z Divorce From Cheating: Solange Tells Bey to Break-Up and Split 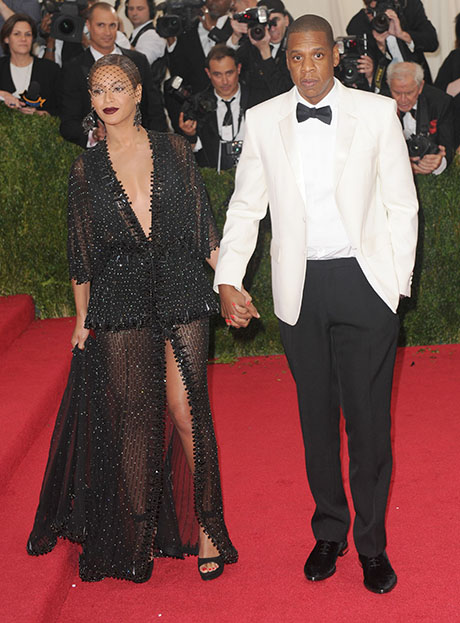 Things have certainly gotten quiet on the home front for Beyonce and Jay-Z since that infamous elevator surveillance tape surfaced. That doesn’t mean that the couple is doing great; it just means that their ducks are back in a row and the PR machine that handles them has gotten everything under control. Jay and Bey are also gearing up for their On The Run joint tour that has tickets selling for about $324 on average, so there is a ton of money to be made here. They need to keep their image as a happily married couple intact — at least for a few more months.

But don’t expect it to last much longer than that! According to the June 2nd print edition of Life & Style Magazine, things have been really bad between the couple for a long time now. Bey likes to appear as a super strong woman onstage but in reality she went from being controlled by her father to being controlled by Jay. Solange wants her big sister to actually become the strong woman that her image fools us into thinking that she is. Bey has actually started standing up to Jay and voicing her opinions more — and it has led to some knock down, drag out fights.

The battle for control is unraveling a marriage that is already shaky thanks to Jay’s rumored infidelities. Sources close to the couple say that divorce is inevitable; it’s only a matter of when. Do you believe that Bey and Jay are on rocky ground? Are they doing everything in their power to prevent an inevitable divorce? Tell us your thoughts in the comments below!