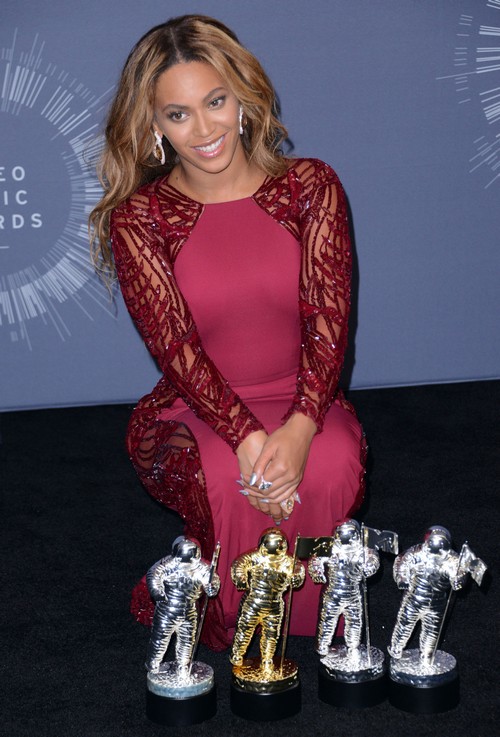 Just because Beyonce gave the performance of her life last night at the 2014 VMA’s and then cozied up with Jay-Z and her daughter Blue Ivy in a sweet moment, that doesn’t mean that all was well for the Carter family. In fact details of what was really brewing are just beginning to spill out and it’s pretty interesting to say the least. Apparently Bey had a huge area backstage for herself and her whole entourage but things got heated when she realized that her sister Solange was banned from the area.

According to a backstage source that talked to MTO, Beyonce didn’t do the banning so it was either MTV or Jay-Z himself but either way it didn’t sit well. Bey was spotted tearing into security and when Jay tried to calm his wife down she went up one side of him verbally and right down the other. Onlookers reportedly couldn’t believe how nasty Beyonce was to Jay-Z in front of everyone. That behavior kind of goes with what we have heard about her hating him now doesn’t it?

As far as Solange being banned from the backstage area, well that actually makes sense. Solange Knowles is by all accounts a wild card at best when not acting fully insane. Of course everyone wanted to keep Bey as calm as possible and they also wanted to make sure that another fight between Solange and Jay didn’t break out in an area filled with witnesses and photographers. Was it wise for them to try and keep Solange away? Do you think Beyonce and Jay-Z’s relationship is as loving as what unfolded in front of millions or is the backstage fight a bit more honest? Tell us your thoughts in the comments below!