Beyonce Divorce: Jay-Z Movie Amid Cheating Scandals – Another Sad Attempt To Prove Their Love To Fans 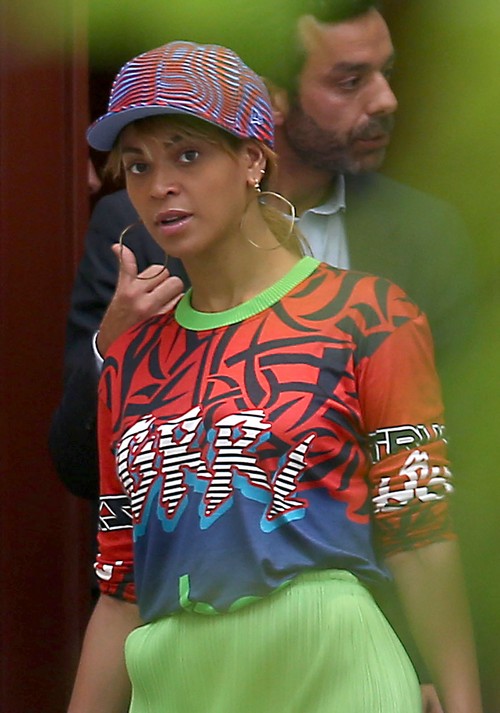 Jay-Z and Beyonce just completed their “On The Run” tour, which was theoretically supposed to nip all rumors of a divorce in the bud and prove to the world that they are still the reigning King and Queen of hip-hop.  Unfortunately, the televised tour’s ratings were not what the couple had hoped for, and overall the tour seemed to just create more divorce rumors and left the media questioning just how genuine the couple’s supposed love for each other really was.  It turns out Jay and Bey’s fans aren’t as dumb as they thought, and they saw right through the happy couple façade.

Jay-Z is determined to squash the divorce rumors and desperately trying to make everyone forget about the elevator smack-down he received from Beyonce’s sister Solange earlier this year.  So, according to OK! Magazine, he and his wife are now filming a movie together to prove how in love they are.  The October 13 edition of OK! goes on to say, “It looks like Bey and Jay are headed to the big screen!  An insider reveals that Jay-Z hopes the film he’s directing about his history-making tour with wife Beyonce will convince fans their marriage is a happy one.  The source says a crew has been filming hours of footage including intimate back-stage scenes of the couple with their adorable 2-year-old Blue Ivy.”

It seems like at this point Jay-Z should just quit while he is ahead and let nature run its course.  If he would stop force-feeding fakery down the media and internet’s throats and lay low for a while, then eventually everyone will forget about the cheating and divorce rumors.  The fact that he and Beyonce are trying so hard to make it appear they have the perfect marriage, is just making it more obvious that there is some truth to the cheating and divorce rumors.

Would you pay money to go to a movie theater and watch a Beyonce and Jay-Z movie?  Do you believe that Jay-Z and Beyonce are trying too hard to convince fans they aren’t on the verge of a divorce?  Or do you think they truly are happy and have a perfect marriage?  Let us know what you think in the comments below.

Beyonce Knowles and her husband Jay-Z visit a private property with their daughter Blue Ivy on October 2, 2014 in Paris, France. The family has been spending a lot of time in the City of Lights lately, (even opting to shun Fashion Week for a soccer match with David Beckham). Could the family be looking to buy a residence in Paris?