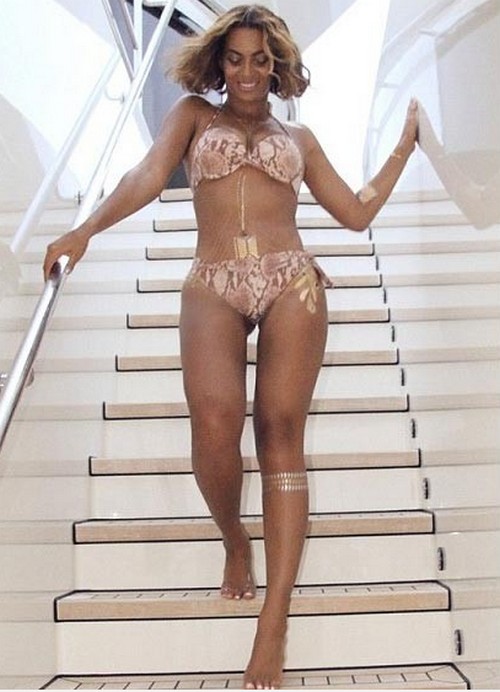 Beyonce‘s and Jay-Z‘s PR machinations are slightly less obvious than they were during Beyonce’s first pregnancy. I suppose we’re supposed to buy her baby bump as proof that she’s actually pregnant, but then again, what if we get yet another folding belly? Now we get to see more Beyonce fakery with ridiculous bikini photoshopping and lip syncing.

As we’ve been saying for the past couple of weeks, Beyonce and Jay-Z have never been so visible. They’re doing everything in their power to dispel the divorce rumors, even though our own sources claim that the divorce is still happening. Heck, Beyonce was even caught lip syncing during her Paris ‘On The Run’ concert, but I wouldn’t put it past her to have set up the whole thing to distract the public from her marriage troubles.

Seriously, look how full of it both of them are – faking a pregnancy [AGAIN], lip syncing during a concert that fans paid a lot of money for, pretending that their marriage is fine and dandy, all so that their business doesn’t suffer. Beyonce’s and Jay-Z’s people may be working overtime, but is there anything that can fix the damage done to the Beygency? Or are they just going to take out all their dissenters with sniper shots?

See, with Beyonce and Jay-Z, it’s all about perfection. They can’t stand the idea that everyone is starting to find out all their dirty secrets, and they hate it. They’ll pretend Beyonce’s pregnant, they’ll pretend that they’re a perfect family, and they’ll continue pretending. But it’s incidents like this that show us deep the deceptions run, even though a lip syncing scandal and another photoshopping is minor compared to a fake pregnancy. 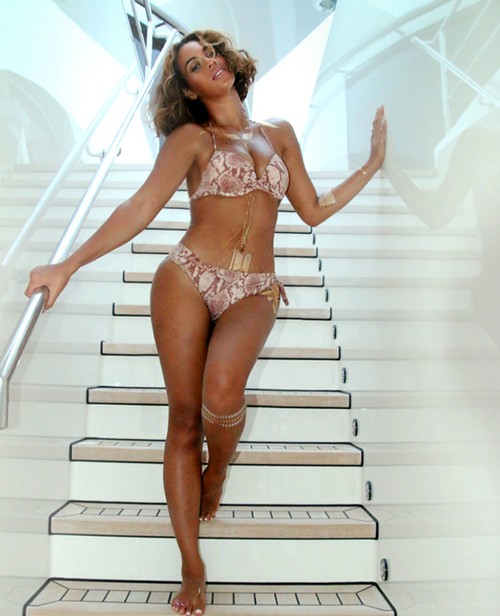