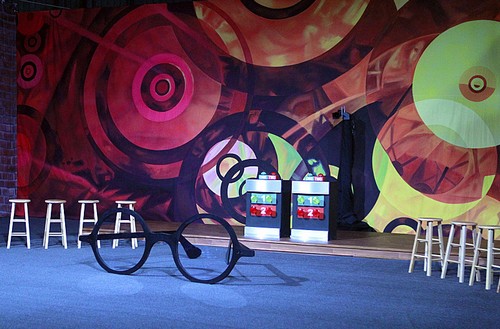 Tonight on CBS BIG BROTHER returns for an all new episode in their 16th season. On tonight’s episode nominations for eviction are revealed and the Battle of The Block is held.

On the last episode,  it was official, with a vote of six to vote to evict, Nicole left the house. At least Nicole would finally get to be reunited with Hayden. During the Zombie Apocalypse HOH competition, Julie asked the house guests questions based on information they were given the night before. Derrick and Frankie were the two houseguests to answer the questions best and win the HOH. Did you watch the episode? If you missed it we have a full and detailed recap, right here for you.

On tonight’s show the two new heads of households move into their rooms and nominate two house guests for elimination.  The the Battle of The Block competition is held.  If you want to know who wins B Of B we have already spoiled the episode for you, check it out right here.

RECAP: Donny knows he is outnumbered, but he is not out yet having gone on the block five times now. Derrick is talking with Cody and Caleb, they all realize they have to be careful and strategic moving forward. Caleb is the founding father of the bomb squad and doesn’t want to be put up as a pawn again. Frankie joins the conversation, then they bring Victoria in and tell her she is safe this week and will not be going on the block….at least for now.

The only person Frankie can say he trusts 100%. It’s time for the HOH’s to show of their new HOH rooms. Frankie is so happy that he can see pictures this time of his sister in the room, now that everyone knows that Ariana Grande is his sister. Derrick is thrilled to see pictures of his daughter and says it will help him focus on the game. Meanwhile, Frankie is thrilled to find out that sister will open the VMA’s.

Donny pulls Derrick aside, he wants to know where the nominations are going. Derrick doesn’t tell him anything, in fact, he tells him that he is not his target and wants him to stay in the house.

Derrick gets the next mission for Team America, he has to hide pieces of clothing and form a neighborhood watch fr 24 hours straight to avoid it from continuing to happen. Are they kidding? This is so ridiculous – this is all America could come up with? There are only eight people in the house and six people are working together, it will be interesting to see who gets put up this week.

Christine is married and BB is showing us this strange relationship she has with Cody; rubbing his hair, hugging him, etc. Christine insists it is game play, is it?

Derrick tells Donny that Victoria is the target this week and they drew Skittles for the nominations. Having his fate decided by color coated candy doesn’t sit well with Donny. It’s time for the Nomination Ceremony; Derrick nominates Donny and Christine, Frankie nominates Caleb and Cody. Frankie gives a ridiculous speech and the meeting is adjourned. Here Donny is nominated for the fifth time but does not plan to go down without a fight. Caleb is not happy about being on the block, but hopes that Christine goes ahead and throws the Battle of the Block as planned, so Donny goes home.

Time for the Battle of the Block; everyone heads outside and there is a big black box. Both teams have to enter the house in pitch black, they have to find bones; the first team to find five will win. The competition is harder than it seems because some of the bones wouldn’t fit, Christine doesn’t help at all, if anything, she handed a few to Caleb. In the end, Donny fought hard and he won. Donny feels amazing and knows he won it himself. Derrick is no longer the HOH, the plan is foiled. This is a complete disaster, two weeks in row the plan fails. Somebody better win the POV and take either Cody or Caleb off the block, or one of them is going home.