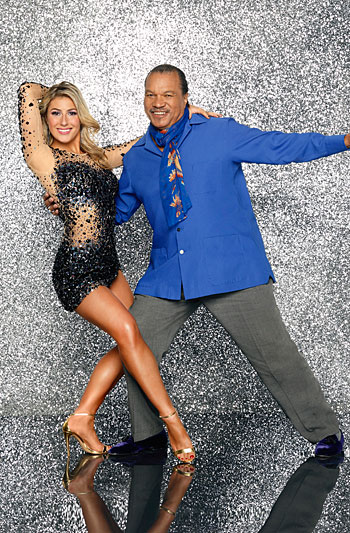 Legendary leading man Billy Dee Williams danced a Cha Cha Cha, on tonight’s season 18 première of Dancing with the Stars. For the first time ever the show will premiere with a massive opening number featuring all pro dancers as they perform live with musical guest Jason Derulo.   We posted a nifty bio of Billy Dee Williams so you can get more familiar with him.  If you missed tonight’s show you can read a full and detailed recap, right here.

Judges comments: Bruno: “Bill may the force be with you.  I can never forgive you for freezing Hans Solo. You played it really dainty.  I want bigger and more powerful.”  Carrie Ann: “You are definitely the most relaxed dancer I have ever seen, we are going to need more from you next week.”  Len: “You were on time, you did not forget your routine.  You just have to come out with more.  You did a good job, well done.”